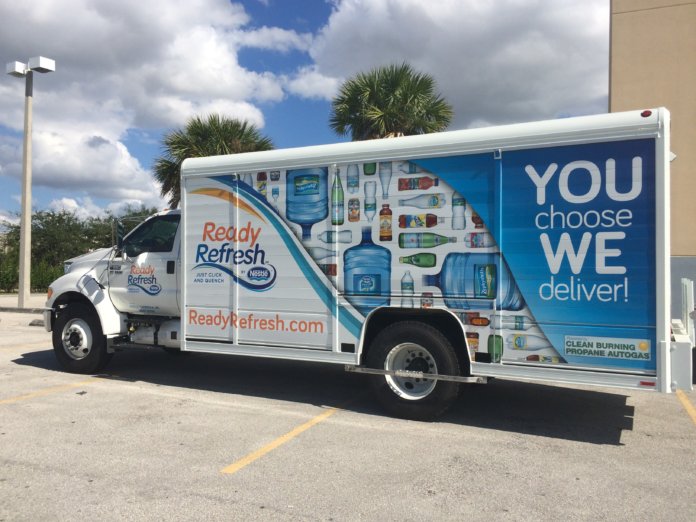 There’s no denying that many early alternative fuel adopters made the transition years ago because gasoline and diesel were much more expensive in comparison. Although anyone at the pump knows traditional transportation fuel prices have remained relatively low for a while now, what might be in store for gasoline and diesel costs in the near future? And, more importantly, why are fleets across the U.S. still switching to alternative fuels, such as natural gas or propane autogas?

Jonathan Cogan, spokesperson for the government agency, said the EIA found that average U.S. retail prices for gasoline and diesel in 2017 rose to $2.42/gal and $2.65/gal, respectively. Furthermore, the EIA forecasts further increases in the coming year and 2019.

Granted, despite the expected increases, those prices still aren’t as high as those that helped spur the alternative fuel vehicle revolution years ago.

“The reality is that, in 2017, the difference between natural gas and diesel was not significant,” said Daniel Gage, president of natural gas vehicle (NGV) trade group NGVAmerica.

“I hate to speculate on EIA forecasts, because they are just that – forecasts that often don’t prove true,” claimed Gage, who later acknowledged that “when diesel prices rise higher and higher, owners of larger fleets often look to other, lower-priced alternative fuel options like natural gas.”

However, switching to an alternative fuel offers fleets a variety of benefits aside from potentially lower fuel prices alone.

“First, it’s environmentally friendly,” said Gage. Indeed, state and local governments and small and major companies are increasingly setting sustainability goals. Transportation fuels like natural gas and propane autogas help these institutions achieve their targets because the alternative fuels burn much cleaner than conventional fuel and, thus, reduce harmful emissions. In addition, Gage says the use of U.S.-produced alternative fuels “contributes to energy security and reduces our nation’s reliance on petroleum-based fuels,” which are often imported.

NGVs and autogas vehicles also often perform better in colder temperatures and require less maintenance than diesel vehicles. In the case of maintenance savings with natural gas, Gage said, “Its lack of lead means no fouling of spark plugs; crankcase oil is not diluted or contaminated. Its cleaner burning extends intervals between oil changes and tune-ups. It does not react to metal, so it is less corrosive.”

Phil Squair, senior vice president of governmental and public affairs at the National Propane Gas Association (NPGA), added, “There is no question that economic factors are the primary reason consumers switch from one fuel to another.”

That’s why continued support through federal, state and local funding is essential.

For example, Squair said, “State policies play a major role in autogas vehicle adoption.” Gage agreed about the importance of such policies, saying, “States can impact the adoption of natural gas technology primarily through the adoption of incentives and the supported development of refueling infrastructure.”

Myriad states have a long history of providing incentives to help fleets offset the cost of purchasing alternative fuel vehicles and to help fund the build-out of infrastructure. For example, Pennsylvania recently awarded more than $1.1 million to support five projects through its Alternative Fuel Incentive Grants program. Such programs throughout the country have spurred alternative fuel vehicle adoption and a growing network of refueling stations.

Squair noted that NPGA is also “pressing state regulators to adopt propane technologies” when using states’ funding from the Volkswagen diesel-emissions scandal settlement. “Propane is a very economic solution compared with other options, so state energy and other goals can be advanced in this manner,” he said. NGVAmerica has also launched a similar initiative advocating NGV adoption.

On the federal level, NGVAmerica and NPGA recently teamed up to push for the renewal of lapsed alternative fuel tax credits.

“The extension of the alternative fuel tax credit is so important,” stated Squair. “We are working with hundreds of other organizations to pass an extenders bill this Congress.”

According to Gage, “Refuse and transit players are dominant in the [NGV] market. But medium- and heavy-duty vehicles and high-fuel-use applications – like smaller shuttle buses, delivery trucks, and light-duty pickups – also are popular natural gas candidates. Since natural gas vehicles can be refueled quickly (just like gas/diesel) or through time fill (slowly overnight, for example), it works for long-haul trucking along refueling corridors and fleets that return to base nightly.”

For example, Waste Management, a Houston-based provider of waste management services in North America, continues its major transition to natural gas as part of its sustainability efforts. The company currently operates a fleet of over 6,000 natural-gas-powered trucks, and it recently revealed plans for more compressed natural gas (CNG) refuse trucks slated for a new facility in South Carolina.

In a press release, Tracey Shrader, the area president for Waste Management, said, “We continue to be a leader in our industry by investing in CNG infrastructure and trucks fueled by CNG – a win for our customers, the environment, and Waste Management.”

When announcing a Miami-Dade Transit order for 300 CNG buses early last year, Alice N. Bravo, Miami-Dade County’s department of transportation and public works director, said, “By upgrading our fleet with CNG buses, we’re implementing a cost-effective approach to the reduction of our dependency on petroleum-based fuel and lowering our maintenance costs.”

In October, several United States Postal Service (USPS) contract-carriers inked CNG fuel- supply deals for new heavy-duty trucks. At the time, USPS’ Bridget Rice said, “Our carriers live in the very same communities we serve, and we continue to look for ways to reduce our impact on the environment. Since 2005, we have increased the use of alternative fuels by 141 percent, and we are encouraged that our contract-carriers are using alternative fuels as well.”

As for autogas, there has been “strong growth” of propane-powered bus adoption among school districts across the nation, according to Squair.

For example, Township High School District 211 in Illinois recently announced plans to add 15 autogas buses to its fleet. When explaining the decision, Diana Mikelski, District 211’s director of transportation, called propane “a good fit” and said it had “an overall lower cost, is more environmentally friendly and has increased winter reliability.”

Mikelski added, “Diesel buses have to be plugged in during the winter. Even then, the fuel can gel if it’s too cold. With propane buses, the fuel is not subject to gelling and the buses do not require electricity.”

In Ohio, Laketran recently announced an expansion of its propane-powered partransit bus fleet. General Manager Ben Capelle reported “positive feedback” from drivers and riders on its current autogas vehicles and said the agency is “reducing our fuel expenses by 35 percent and saving on maintenance expenses.”

In December, beverage company Nestle Waters North America announced it was significantly boosting its propane-powered fleet to 600 vehicles with the addition of 400 medium-duty delivery trucks.

“We’ve been running propane autogas vehicles since 2014, beginning with five Class 5 vehicles,” explained Bill Ardis, national fleet manager for the company’s ReadyRefresh unit. “Based on the proven emissions reduction compared with our older diesel units, and lower fuel and total cost of ownership, we knew this was the right application for us within the alternative fuel space.”

According to Squair, “Other areas of [autogas] growth include law enforcement and first responder vehicles, as well as commercial lawn mowing.”

Of course, natural gas and autogas aren’t the only alternative fuel options, either. For example, fleets are also increasingly going electric. Whether it be through a municipal deployment of light-duty electric vehicles in Virginia, a large roll-out of hybrid vans for telecommunications giant Verizon, or an order of electric transit buses slated for Los Angeles, fleet operators consider electric technology another viable, cost-effective alternative to diesel and gasoline.

Despite the best predictions, future prices for conventional fuels are nearly guaranteed to stay volatile. Nevertheless, the future for alternative fuel adoption – and the many benefits associated with a cleaner transportation sector – remains promising.

Photo courtesy of ROUSH CleanTech: One of Nestle’s propane-powered trucks