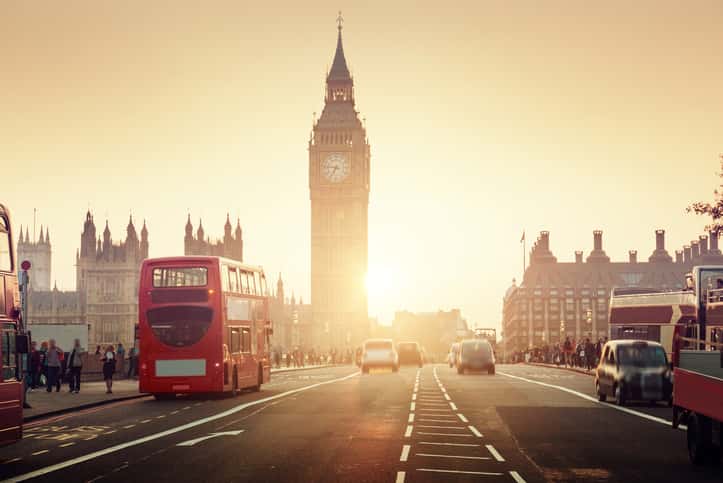 The mayor of London, Sadiq Khan, has committed to phasing out the purchase of new pure diesel buses, stating that no more pure diesel double-decker buses will be added to the capital’s fleet from 2018 and that all new single-deckers for central London will be zero-emission.

The mayor made the announcement during the International Zero Emission Bus Conference and Fuel Cell Bus Workshop, held at London City Hall, while unveiling the first double-decker hydrogen bus, manufactured by the Wrights Group.

Moving forward, the city notes that at least 20 new hydrogen buses will be delivered to London as part of a $12.6 million part European Union (EU)-funded project supporting hydrogen technology.

Wrights Group Chairman and CEO Mark Nodder comments, “This exciting new zero-emissions bus, using hydrogen fuel cell technology, is the pinnacle of our ongoing work to deliver highly innovative buses with the best environmental credentials. Buses like this have the potential to make a massive contribution to improving the air quality of London and our major cities.”

Khan is calling on other cities to follow London’s lead and work together to challenge bus manufacturers to produce more zero-emission buses and make cleaner bus technology cheaper.

Eleven other major cities – including New York, Los Angeles, San Francisco, Amsterdam, Copenhagen and Cape Town – have already responded to the call and agreed to begin moves to phase out their procurement of pure diesel buses by the end of 2020.

In addition, Paris, Madrid, Athens and Mexico City have committed to removing diesel buses from their cities by 2025, as previously reported.

Khan comments, “Transforming London’s bus fleet by accelerating the introduction of zero-emission buses is important, and I plan to work with bus manufacturers, other cities, the European Commission and the C40 Climate Change Leadership Group of Cities to move this agenda forward.”

As part of his commitment to cleaning the capital’s air, the mayor is calling for all London buses to meet the Ultra-Low Emission Zone standard during 2020.

Mike Brown, London’s transport commissioner, says, “We’re determined to make our public transport system one of the cleanest in the world, and phasing out diesel buses lies at the heart of this. Zero-emission buses are the future, and my staff are working hard with manufacturers and bus companies to make them a reality in the capital as quickly as possible.”

To help address the higher upfront capital and infrastructure costs greener buses often have, the C40 Climate Change Leadership Group of Cities has announced it will host a Finance Academy in April 2017 to help cities unlock funding for more zero-emission buses and the supporting infrastructure required. There will also be a new European platform to align funding opportunities and coordinate planning/procurement by EU cities.

“I congratulate the cities of London and Paris on their far-reaching plans to deploy clean buses. European cities are global front-runners, and I encourage all cities to make use of European funding opportunities to support this transition. Better cooperation of public authorities, operators, manufacturers and finance is needed now. Therefore, we are developing a deployment initiative for clean buses at the European level, including a platform to better align planning and investment. I invite all relevant partners to come on board.”