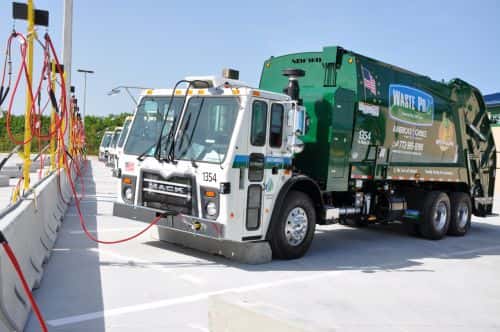 Long-term plans in Jacksonville, Fla., could include a new contract with existing refuse and recycling firm Waste Pro that calls for a shift to compressed natural gas (CNG) for the company's fleet.

The Florida Times-Union reports that Jacksonville spent about $1.4 million on diesel for its waste fleet last year. A switch to CNG, at today's fuel prices, would bring down that cost dramatically. Jacksonville is reportedly eyeing an initial conversion of 50 trucks to CNG.

Crescimbeni's legislation would require Waste Pro to construct a private CNG refueling station at a cost of approximately $1.2 million. The city would reimburse Waste Pro for that up-front investment over the 10-year life of the contract.