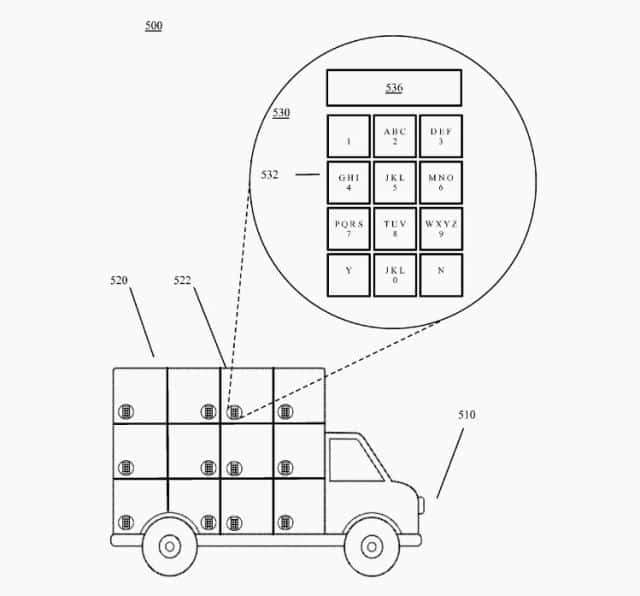 Google’s autonomous automobile research has taken a turn toward the commercial market with a new patent for self-driving delivery trucks. Quartz reports the newly awarded patent, which describes an “autonomous delivery platform” for trucks fitted with lockers that can be opened by a PIN, credit card or smartphone.

After a package is delivered, the truck would move on to the next delivery location until every package has been delivered. This is similar to Google’s Project Wings, an autonomous drone delivery system the search engine giant began developing back in 2014. However, because Project Wing is limited to payloads of 22 pounds or less, road-based delivery systems will still be required for heavier packages.

The patent describes an autonomous vehicle similar to the self-driving electric cars Google has been testing throughout California. Utilizing a system of sensors, video cameras, radar and laser systems to navigate traffic, the autonomous truck would follow a pre-determined and computer-optimized route to deliver packages in the most efficient manner possible.

The truck would send out regular updates to package recipients, giving them a time frame during which the package will be delivered. A pre-determined or dynamic “dwell” period when the vehicle waits for the package to be accepted is described in the patent, after which the vehicle will automatically move on to the next delivery destination.

Although merely a patent at this point, Google’s autonomous automobile ambitions clearly extend into the commercial market.