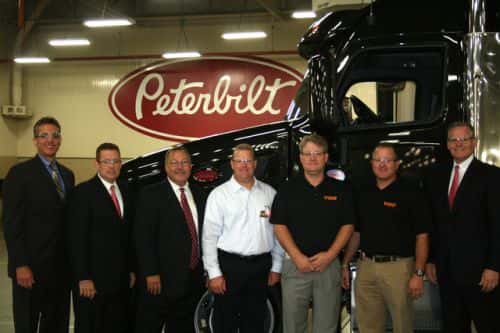 Peterbilt Motors Co. has put the company's first Model 579 truck into the hands of customer TMC Transportation, a flatbed fleet operator based in Des Moines, Iowa. TMC also confirmed an order for an additional 1,500 units of the vehicle.

The new truck, which was first announced in July, has been highly touted for its fuel efficiency, reliability and other benefits. The Model 579 carries the SmartWay designation from the U.S. Environmental Protection Agency, which denotes the vehicle's clean and fuel-efficient features.

‘We are confident in the product and the operational performance improvements we will gain in the form of fuel efficiency, driver comfort and vehicle reliability,’ says Rod Simon, TMC's executive vice president of maintenance.