World Energy, a producer of low-carbon transportation fuels, has announced a $350 million investment over the next two years to complete a conversion of its Paramount, Calif., petroleum refinery to a renewable fuel refinery.

The project will enable World Energy Paramount to process 306 million gallons of renewable fuel annually, according to the company’s estimates. The conversion will also support more than 100 advanced jobs, says World Energy.

“Today, we are making significant investments in California that will allow us to create more local construction and full-time jobs,” says Gene Gebolys, CEO of World Energy. “This facility is a direct and tangible result of environmental policies passed by the California state legislature.”

“This project will transform the Paramount facility into California’s most important hub for the production and blending of advanced renewable fuels,” adds Bryan Sherbacow, chief commercial officer of World Energy. “This investment will better enable us to deliver much-needed low-carbon solutions to our customers. Importantly, with 150 million gallons of annual renewable jet production capacity, World Energy will be able to help the commercial aviation industry combat its greenhouse-gas emissions.” 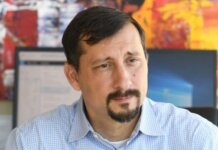 It is important that we care, when others do not or we could be like them.The facts are painfully obvious, being a product of your environment means having obligations that include others. When selfish approach takes the way of for all, it will destroy us with folded hands and untied shoes. Your chance was lost and we must blame ourselves, stupid fools we are.