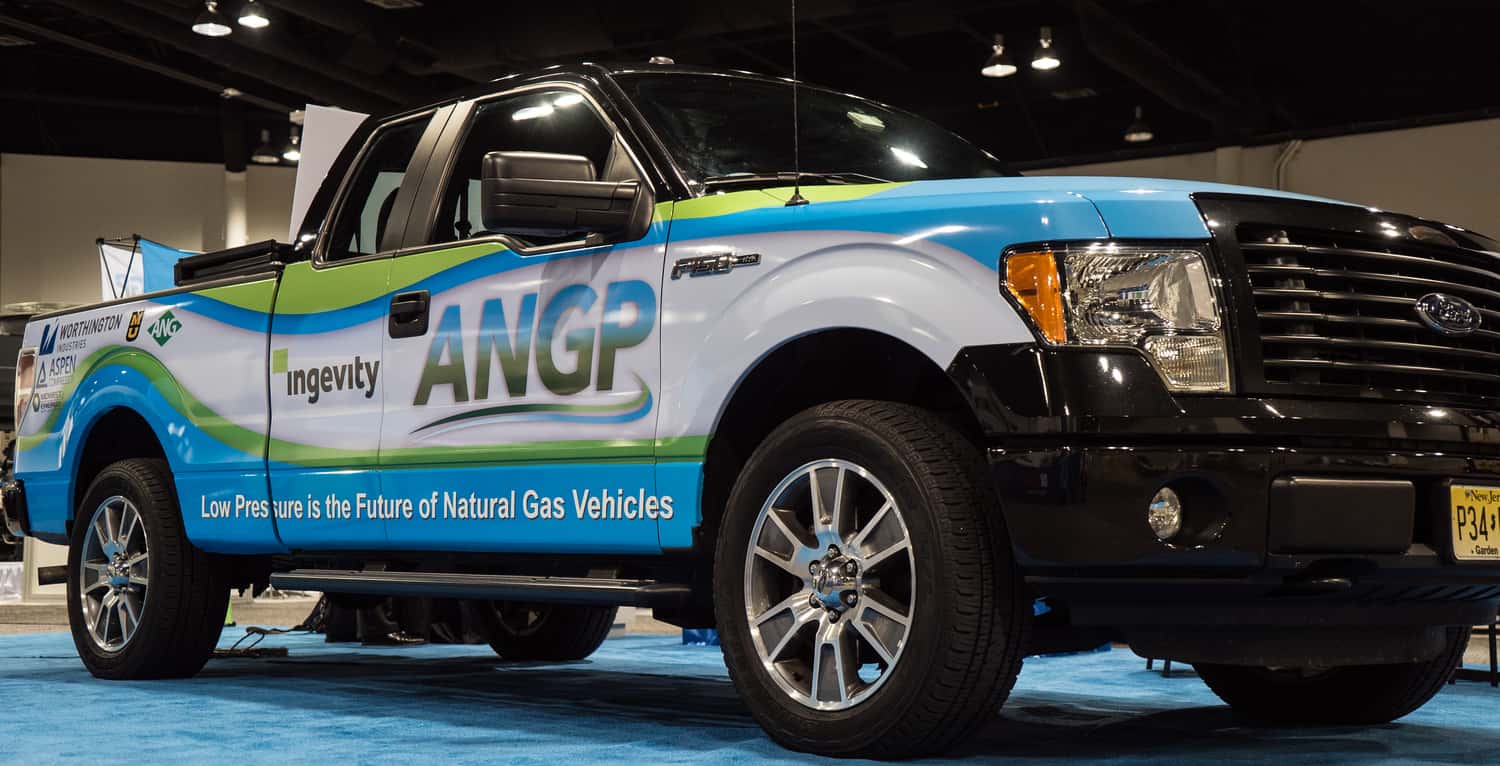 The license applies to non-metal composite tanks containing activated carbon adsorbents at operating pressures of up to 1,000 psi.

“Natural gas is a much cleaner and lower-cost alternative to gasoline and diesel as a transportation fuel,” says Bob Bonelli, ANGP co-founder and CEO. “While it is making inroads as a vehicle fuel source in the U.S. – through transit buses and garbage trucks – making it a commercially feasible option for mass market application has been primarily hampered by the large, bulky cylinders required to house the highly pressurized fuel, which adds weight and leaves minimal useful storage space in a passenger car or light-duty truck.”

ANGP says it has addressed this barrier by using an adsorbent material (activated carbon) capable of storing large quantities of gas at a far lower pressure (<1,000 psi) than the 3,600 psi typically used for compressed natural gas (CNG) cylinders.

“UTRC’s objective under this program was to develop a conformable modular tank concept based on topology-optimized structures, and state-of-the-art materials and manufacturing technologies,” says Dr. David Parekh, corporate vice president and director of UTRC. “We are eager to transition our successful technology advancements under the MOVE program into a commercial product and anticipate working closely with ANGP in 2016 and beyond as it builds the market for ANG vehicles.”

One of our divisions does a lot of Automotive CNG Conversions utilizing only EPA Approved Conversion Systems and Certified Tanks. Probably the most popular size we use is the 21X60 that has a capacity of between 20-24.5 GGE @ 3,600 psig depending on the manufacturer. What size would your tank be that would hold 20-24.5 GGE @ 1,000 psig? I think this is great news for the industry, one of the main complaints we’ve always heard was the amount of space the tank takes up.