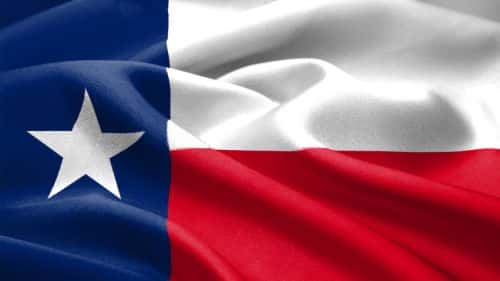 On Thursday, the senator was joined by Texas Lt. Gov. Dan Patrick, Railroad Commissioner David Porter and other legislative, agency and industry leaders to announce the filing of the bill.

‘Senate Bill 12 will jumpstart the use of natural gas and other alternative fuels here in Texas,’ said Uresti. ‘We have an abundant supply of natural gas, and a portion of that supply is flared into the air every day due to a lack of demand. We can reduce flaring and put that gas to use – starting with our state fleet.’

‘Senate Bill 12 will put Texas in the lead for natural gas vehicles in state agencies and local governments,’ said Patrick. ‘It's cheap, it's clean, it's here in Texas and will save taxpayers millions of dollars in fuel costs.’

According to Uresti, the bill would allow agencies or entities that operate more than 15 vehicles to apply for grants to convert or replace vehicles to models that use compressed natural gas, liquefied natural gas or liquefied petroleum gas.

‘I commend Lt. Gov. Patrick and Sen. Uresti for their leadership in expanding Texas's transportation fuel markets and for their efforts to make Texas the national leader for natural gas vehicles,’ said Porter, who launched his statewide Natural Gas Initiative in 2013. ‘By transitioning state government vehicles to this domestic fuel, we can set an example for the rest of the state and nation, and inject some serious fuel competition into the transportation sector.’

Funding for the program would come from fees already collected from motorists and industry for the Texas Emissions Reduction Plan (TERP), which was established by the legislature in 2001 and currently contains more than $800 million. The bill would allow up to 3% of the TERP fund balance to be used each year to finance the new governmental alternative fuel fleet program. S.B.12 would also expand a program that provides state grants to build alternative fueling stations.

‘Expanding the market for Texas natural gas and alternative fuels will put more Texans to work,’ said Uresti. ‘It's past time to put this funding to good use.’