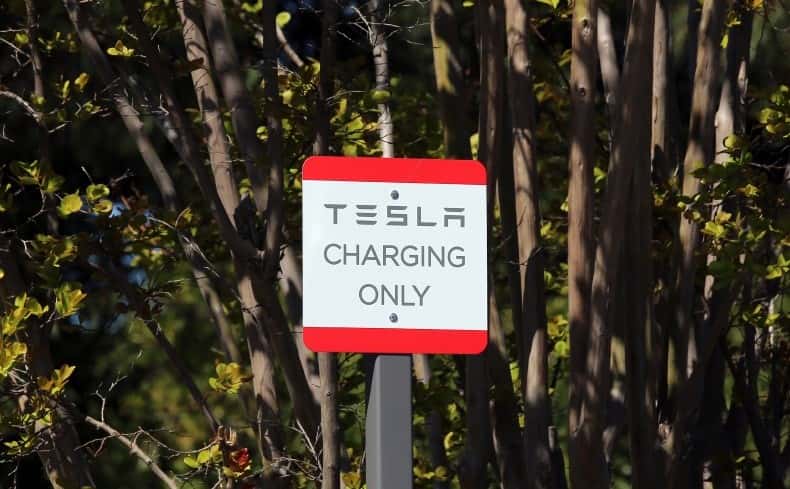 According to a report from the New York Post, Tesla charging stations will soon outnumber gas stations, giving drivers of the all-electric sedan greater access to refueling than drivers of conventional cars.

As property prices have skyrocketed in Manhattan, developers have closed more and more gas stations to make room for pricier office and housing developments. Many drivers in Manhattan have to wait 40 minutes or more for a fill-up, according to the New York Post.

Tesla will reportedly have 105 charging stations open in Manhattan by the end of March compared with about 40 conventional gas stations. The Post counts each individual charger separately, and a more balanced report would compare the number of filling nozzles with the number of Tesla charging plugs.

However, the Post does not take into account the hundreds of other electric vehicle charging stations spread across the city where Tesla owners can also plug into. According to the U.S. Department of Energy, there are about 1,166 electric-car-charging plugs across New York State, with many of those located within the New York City limits.

These charging stations are not Tesla Superchargers, which can refill an empty Model S battery in about an hour, but they are slower “destination chargers” at hotels, restaurants and garages across New York City. These destination chargers add up to 58 miles of range per hour, increasing the charging time to about five hours for a fully depleted battery. Tesla has deployed over 3,500 Superchargers at 609 stations across the globe, and the automaker is opening new ones every week.

Tesla recently opened a new 40,000-foot showroom in Red Hook and also has a showroom in Chelsea. There are approximately 1,500 Tesla owners in New York City.