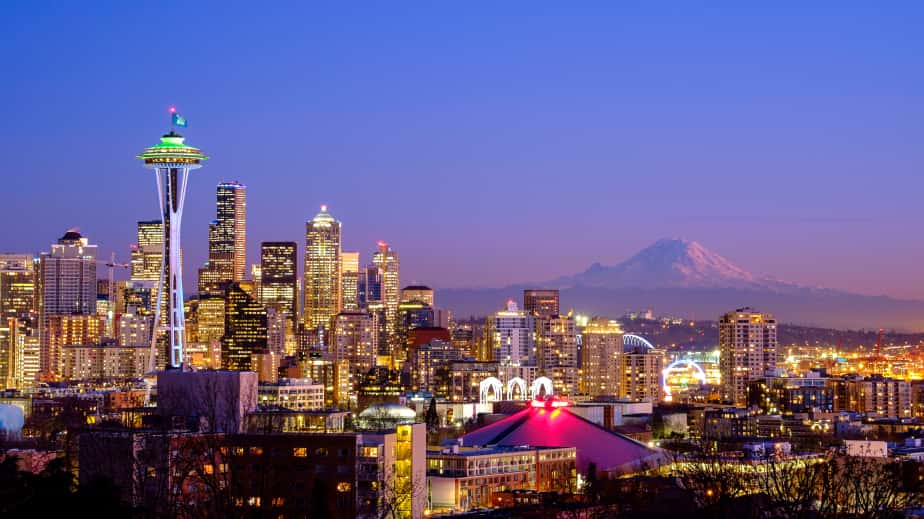 “Drive Clean Seattle is an aggressive plan to electrify our transportation at a broad scale,” says Mayor Murray. “We will work with residents, transit agencies and businesses to promote the use of Seattle City Light’s carbon-neutral electricity to move around the city. Transportation is Seattle’s leading source of greenhouse gases, and this plan will allow us to work aggressively to reduce climate impacts.”

Mayor Murray has laid out four goals for his Drive Clean Seattle program, starting with an effort to reduce greenhouse-gas emissions from Seattle’s municipal fleet 50% by 2025. The city plans to do this through a combination of cleaner fuels, more efficient vehicles, and significant investment in EVs and plug-in hybrids. Seattle already has a fleet of 300 hybrids, 10 plug-in hybrids and 79 Nissan LEAF EVs.

In addition to reducing emissions from its municipal fleet, Mayor Murray also wants to promote EV adoption among the public by adding an additional 15,000 EVs to Seattle’s streets. This would be a five-fold increase, requiring the installation of additional charging stations, including DC fast chargers. Seattle City Light has been enlisted to launch a pilot project supporting EV charging stations in homes, as well.

Seattle will also focus on cleaning up its transit systems through its partnerships with King County Metro, Sound Transit and other regional transit agencies to identify opportunities to continue using clean electricity as a transit fuel. King County Metro already fields a fleet of over 100 hybrid and electric buses in Seattle, and it recently added three new Proterra electric buses to its fleet.

All of this culminates in an effort to develop a strategy to help businesses, organizations and residents participate in the electrified transportation economy, as well as align Seattle’s regulations, policies, codes and plans to encourage EVs and private-sector investment in cleaner transportation choices.

“From the time we embraced the goal of Seattle becoming a carbon-neutral city, we knew clean solutions for the transportation sector would be critical,” says Councilmember Mike O’Brien, chair of the transportation and environment committee. “Drive Clean Seattle sends a strong message that we are serious and optimistic about being able to significantly reduce the climate impacts of our transportation system.”