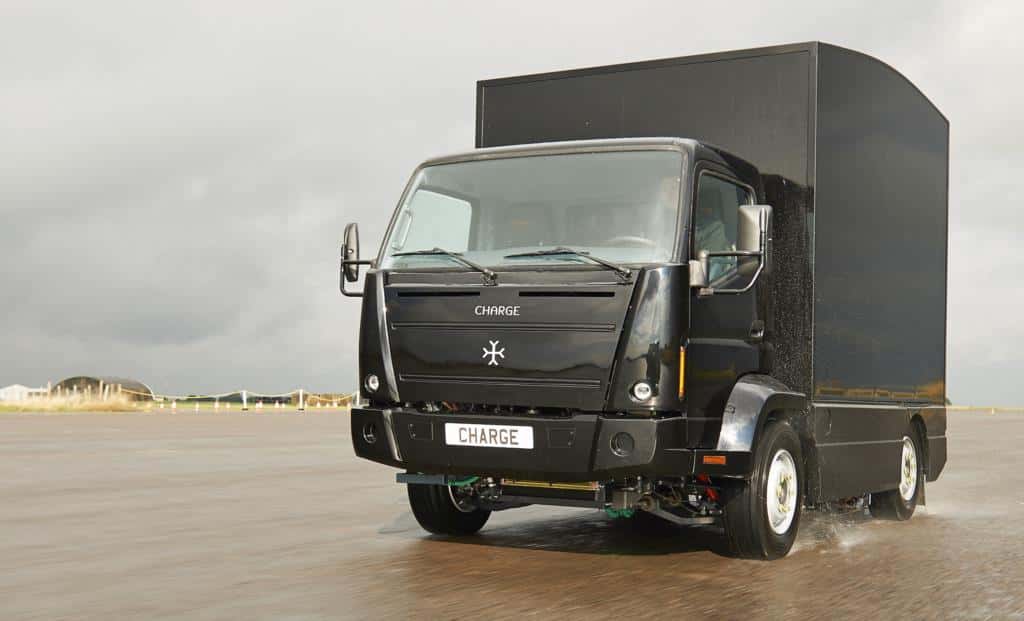 Charge R&D, a U.K.-based technology company, has released a video of its new range-extended electric truck undergoing trials at the Millbrook Proving Grounds test track in the U.K. Charge R&D claims that its platform can be used for both trucks and buses ranging from a 2 ton to 26 ton gross vehicle weight rating.

The Charge range-extended electric truck is based on a modular platform that can be expanded as needed. Though the underlying technology of combining a gas generator with a battery pack and electric motor is similar to the powertrain of cars such as the Chevy Volt, Charge says that its technology can be easily scaled up depending on the size and required capabilities of the vehicle.

The goal of Charge is to develop a vehicle that isn’t just low on emissions, but also low on price, eventually undercutting the cost of conventional diesel vehicles.

“When we started the design process, we knew we wanted to hit two key objectives,” says Glenn Saint, technical director of Charge. “The final solution had to be price comparable to fossil fuel vehicles and applicable to a range of vehicle sizes.”