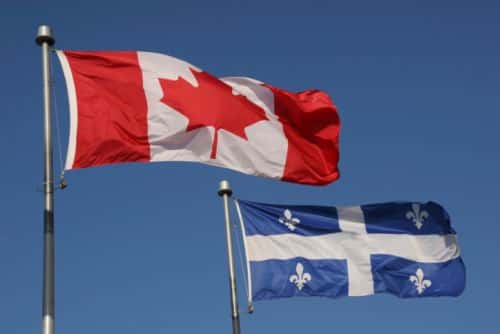 The Quebec government has announced a new action plan to spur the use of electric vehicles in the Canadian province through 2020.

According to the government, the action plan has a budget of more than C$420 million and includes a total of 35 measures. The measures relate to encouraging individuals and businesses to consider solutions other than gasoline-powered vehicles for their travels, namely electric vehicles; boosting research potential in an emerging technology base and developing an innovative electric transportation manufacturing sector that can compete globally; and fostering an environment conducive to electric transportation (legal and regulatory framework) and making Quebec ‘a shining example.’

Specific goals of the 2015-2020 plan include increasing the number of electric and plug-in hybrid vehicles registered in Quebec to 100,000; cutting annual greenhouse gas emissions by 150,000 tons in the transportation sector; reducing the amount of fuel used each year in Quebec by 66 million liters; and adding 5,000 electric vehicle jobs and generating C$500 million in investments.

Global Automakers of Canada (GAC), an association representing the Canadian interests of over a dozen international manufacturers of light-duty vehicles (LDVs), has issued a statement regarding Quebec's new initiative.

‘Our members are committed to reducing greenhouse gas emissions from their products, which is a goal we share with the government of Quebec,’ says David Adams, president of the association, in the statement. ‘The release of â�¦ [the] action plan to advance plug-in electric vehicles is a good first step.”

‘Ultimately, the consumer determines which vehicle they purchase based on a myriad of factors, and we believe that consumers' needs and the needs of government and industry to reduce greenhouse gas emissions from transportation are best served by ensuring that the incentives and investments announced for plug-in electric vehicles are applicable to a suite of advanced propulsion technologies including advanced internal combustion engines, hybrids, battery-electric vehicles and, hydrogen fuel cell technology,” continues Adams.Â

He says GAC looks forward to dialogue with the Quebec government, noting, ‘Best practices for governments to transition toward a zero-emission vehicle fleet globally have been identified in recently released studies, and regulated sales mandates imposed upon manufacturers to produce a certain percentage of zero-emission vehicles is not part of such best practices. We concur with that view and believe that there are more constructive ways to achieve significant reductions in GHG emissions from transportation.”