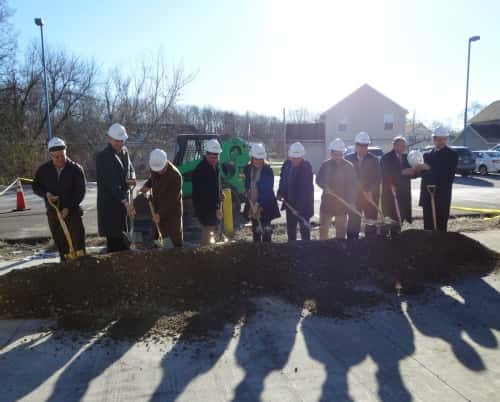 When completed, the facility will service the fleet of seven hydrogen-fuel-cell-powered buses that will begin operating on SARTA routes in late 2016 and throughout 2017. The authority says the new fleet – which is being built by the Integrated Product Team (IPT) of Ballard Power Systems, BAE Systems Controls, and El Dorado National – will be the largest in the U.S. operating outside the state of California.

According to SARTA Executive Director Kirt Conrad, construction of the $1.6 million fueling facility marks the first visible step in the authority’s concerted effort to “use the energy of tomorrow to fuel SARTA today.”

“We’ve been working with CALSTART, a national consortium of more than 150 companies, transit authorities and agencies dedicated to expanding and supporting clean transportation across the United States, for a number of years to secure funding for the project,” said Conrad, noting that SARTA has received funding from the Ohio Department of Transportation and the Federal Transit Administration.

Ohio Lt. Gov. Mary Taylor, who was at Tuesday’s event, said, “SARTA’s first-of-a-kind transportation technology is fantastic for both the local community and Ohio. Innovative projects like this help diversify our economy and put Ohio on the map as a leader in alternative energy.”

Conrad added, “Along with enabling us to increase our fuel mileage as much as 50 percent in the years ahead and maintain our position as a leader in the use of green technology to fuel public transit, this project will drive investment, business creation and job growth in Ohio.”