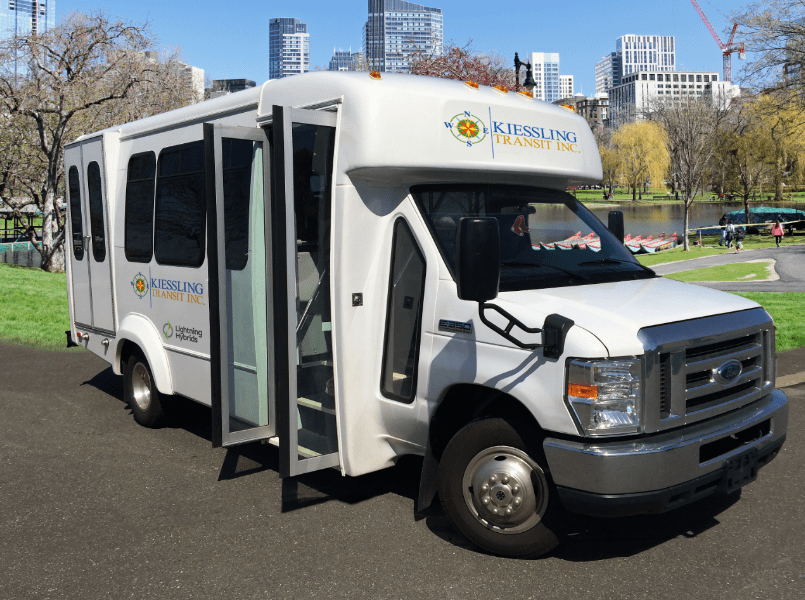 Lightning Hybrids, developer and manufacturer of the Energy Recovery System (ERS) for medium- and heavy-duty trucks and buses, has received an order from Norfolk, Mass.-based Kiessling Transit for 32 Lightning Hybrids units – almost doubling the number of hydraulic hybrid buses in its fleet.

According to Lightning Hybrids, this order follows an order last year from the Boston-area transit company for 35 units that were commissioned in September 2015. The company claims those vehicles have recorded a total of nearly 1 million miles.

The company asserts that the ERS, a patented, parallel hydraulic hybrid system with no electric batteries, has demonstrated improvements of 25% in fuel efficiency, significantly reduced tailpipe emissions and reduced vehicle idle time by up to 30%.

Lightning Hybrids says that Kiessling Transit received a grant from the Commonwealth of Massachusetts that will pay for 80% of the cost of the systems, which are to be installed on Kiessling Transit’s Ford E-450 passenger buses.

“Our partnership with Kiessling Transit proves the benefits of our ERS both to fleets and to the communities they serve in terms of cleaner air and in reduced costs,” says Tim Reeser, president and co-founder of Lightning Hybrids.

“Kiessling Transit is an innovative early adopter and was one of the first customers to trial our technology for over a year, in 2013, which they followed last year with our largest order at that time for 35 units,” says Reeser. “This new order demonstrates that companies like Kiessling are willing to make their existing fleet vehicles significantly cleaner and more efficient with a high-tech hybrid system built on proven and sustainable hydraulic technology.”

Lightning Hybrids says that vehicles with its technology produce half of the NOx emissions and 25% fewer CO2 emissions compared with vehicles without the system. In addition to these emissions reductions, the Kiessling fleet will see decreased fuel use, longer brake life, better low-end torque, and lower maintenance and operational costs, according to the manufacturer.

The hydraulic hybrid product was installed and is being maintained by National Fleet Hybrids, Lightning Hybrids’ East Coast distributor, located in Attleboro, Mass.

Lightning Hybrids states that the improvements in fuel economy and reductions in emissions were revealed through its fleet data analytics software, which tracks and evaluates vehicle and system performance, and were confirmed by driver feedback.