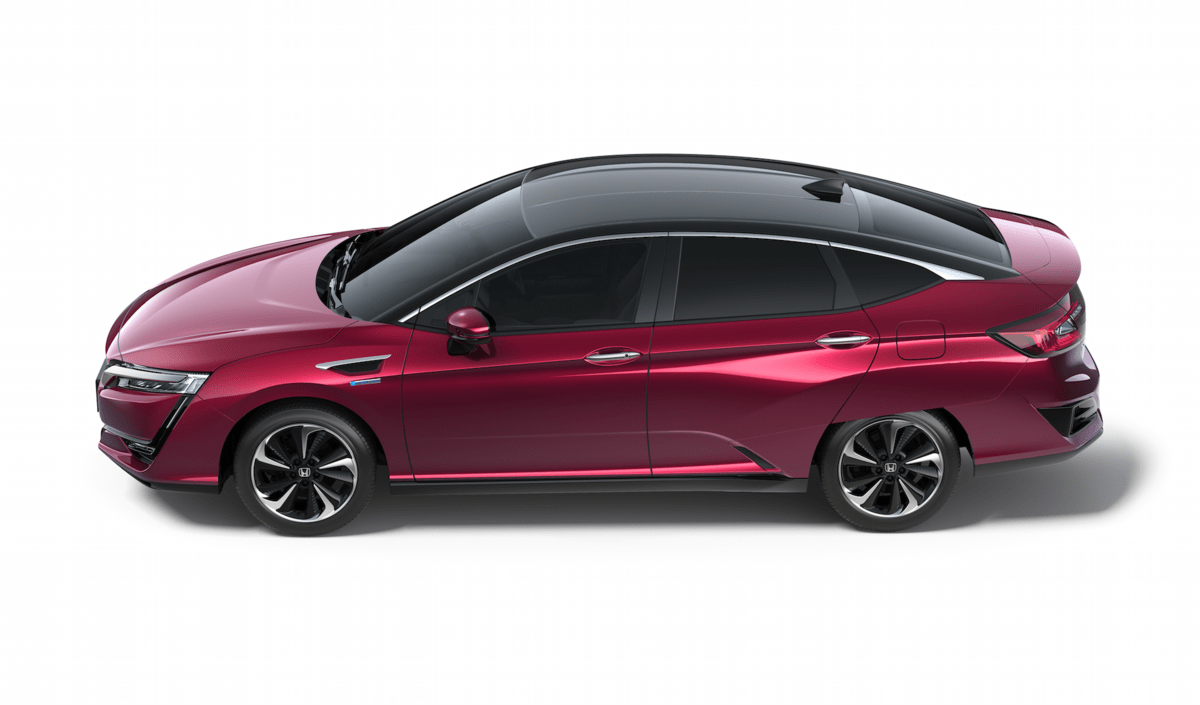 Japan’s national government wants to use wind turbines and geothermal power to produce hydrogen for fuel cell vehicles (FCVs) in the Fukushima prefecture, reports The Japan Times. The plan is part of Japan’s bet on hydrogen as the fuel source of the future, and the country hopes to power 10,000 FCVs with renewably sourced hydrogen by the time of the 2020 Olympic games in Japan.

The move would echo Japan’s efforts to promote its high-speed bullet trains back when it hosted the 1964 Summer Olympics. Japan and its domestic automakers are pursuing the dream of a “hydrogen society” where fossil fuels are replaced by hydrogen derived solely from renewable sources. However, there are a number of obstacles standing in the way of Japan’s ambitions.

For one, the hydrogen fuel would still need to be transported hundreds of miles from the Fukushima prefecture to Toyko, where the 2020 Olympics will take place. There is also the issue of whether or not domestic auto manufacturers will be able to produce anywhere near 10,000 FCVs by 2020. Production of the Toyota Mirai FCV won’t reach full tilt until 2017, and even then, Toyota says it will only be able to produce 3,000 Mirai annually for the entire world market.

The only other Japanese FCV likely to come to market before the 2020 Olympic games is the Honda Clarity, and production of that vehicle will be limited to just 200 units this year. Honda hasn’t even said how many Clarity FCVs it intends to build once production begins, and it will also be priced around $60,000. There’s also a lack of hydrogen fueling infrastructure, with only about a dozen stations already built and open.

However, the Japanese government has partnered with Toyota, Honda and Nissan to invest hundreds of millions of dollars to improve the hydrogen infrastructure in the country, with the hopes of having at least 35 fueling stations open by 2020. Some of that money will also be used to subsidize FCV purchases by as much as $20,000 per vehicle. The Toyota Mirai has a starting MSRP of $57,500, though it has been estimated that Toyota loses thousands of dollars on every Mirai it sells.

Just wanted to point out a fallacy in your article.

Hydrogen can be generated anywhere there is water an electricity? Simply take surplus energy supplied to the grid from said renewable sources and use it to generate the hydrogen where and when required. Transport of fuel is never needed and even if it were, you could use fuel cell powered lorries to deliver it?

Nice to have “surplus” electricity. It takes more energy in the form of electricity to make hydrogen through electrolysis that the resulting hydrogen contains. why waste electrical power this way? Hydrogen is stored on board these vehicles at 10,000 psi to get sufficient quantities on board. Substantially more electricity is needed to compress the hydrogen to this level. Fuel cells are efficient converters of energy to mechanical work, but the process of making and storing hydrogen is ridiculously wasteful. By the way, the reality of the situation is that almost all hydrogen is made from natural gas (methane) today through… Read more »

You are not incorrect in the sense that hydrogen can be generated pretty much anywhere.