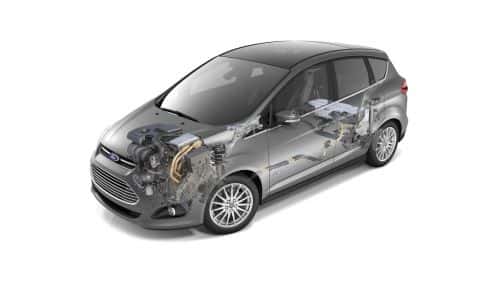 Ford Motor Co. says a number of corporate fleets have recently added Fusion and C-MAX hybrid electric vehicles to their portfolios in order to take advantage of these models' fuel efficiency and fuel-cost savings.

New commercial clients include Con-way, Esurance, Quest Diagnostics and AT&T, according to Ford. Con-way has emerged as a major Ford EV customer, with plans to deploy more than 1,000 Fusion hybrids in 2013. Operations and sales personnel will use the vehicles, which will collective save more than 1 million gallons of gas annually, the companies say. Esurance is adding 50 Fusion hybrids, and Quest Diagnostics recently deployed 150 C-MAX hybrids.

Both the C-MAX and Fusion hybrid deliver an EPA-estimated rating of 47 mpg (city, highway and combined), Ford says.

‘New commercial fleet customers are turning to Ford as they look for fuel-efficient, durable vehicles that can withstand the daily use and duty cycles of their businesses,’ says Jon Coleman, Ford's commercial fleet sustainability and technology manager.

Fleet customers can also take advantage of Ford technology such as SmartGauge with EcoGuide, which provides hybrid vehicle driving information, including the amount of energy captured through regenerative braking, the most efficient trip suggestions for frequently traveled routes, and instant feedback on a driver's ‘green score’ via leaves earned for each segment driven.