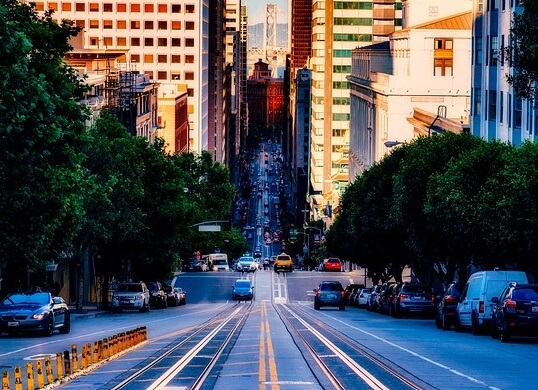 The U.S. Environmental Protection Agency (EPA) and U.S. Department of Transportation (DOT) are warning a consortium of automakers and the State of California that their recent framework agreement on vehicle emission standards “appears to be inconsistent with federal law.”

In July, the California Air Resources Board (CARB) agreed on a framework with Ford, Honda, BMW of North America and Volkswagen Group of America in response to the EPA’s proposed rollback of greenhouse-gas (GHG) emission standards for light-duty cars and trucks (the SAFE Vehicles Rule). The voluntary framework is designed to serve as an alternative path forward for clean vehicle standards nationwide. The commitment means that the auto companies party to the voluntary agreement will only sell cars in the U.S. that meet these alternative standards.

In a Sept. 6 letter to the State of California and the automakers, the EPA and DOT wrote, “Congress has squarely vested the authority to set fuel economy standards for new motor vehicles, and nationwide standards for GHG vehicle emissions, with the federal government, not with California or any other state.

“Section 209 of the Clean Air Act prohibits California and other states from adopting or attempting to enforce their own emissions standards. And the Energy Policy and Conservation Act (EPCA) expressly preempts states from setting fuel economy standards for motor vehicles or taking any other action ‘related to’ the regulation of fuel economy. Given the direct, scientific link between tailpipe GHG emissions and fuel economy, any effort by California to adopt or apply the standards and related commitments agreed to in the framework clearly implicates EPCA’s preemption provision. Moreover, the state cannot take any action that does not comply with the requirements of Section 209 of the Clean Air Act.”

The EPA and DOT further argue that under the EPCA and Clean Air Act, these two federal agencies have “controlling authority to establish fuel economy and nationwide GHG emissions standards for new motor vehicles in the United States, and the standards and commitments laid out in the framework agreement have not been issued pursuant to federal law.”

“Accordingly, CARB’s actions in furtherance of the framework appear to be unlawful and invalid,” the letter continued. “We recognize California’s disagreements with the federal government’s policy proposals in this area, but those policy disagreements cannot justify CARB’s pursuit of a regulatory approach that would violate federal law.”

In conclusion, the EPA and DOT warned, “Given the importance Congress placed on the authority of DOT and EPA for motor vehicle fuel economy and nationwide vehicle emissions standards under federal law, we urge you to act immediately to disassociate CARB from the commitments made by the four automakers. Those commitments may result in legal consequences given the limits placed in federal law on California’s authority.”

Interesting that the article does not mention that the EPA and DOT are annoyed because they can’t give some (see who is missing from the manufacturer’s list) automakers a cost break for cars sold in California, one of the largest new car sales market in the nation. The article also doesn’t mention that California and four automakers (not all) have agreed to adhere to higher fuel economy and lower CO2 standards in an effort to accelerate introduction of cleaner vehicles into the California market and address the growing problem of climate change. Another interesting note: The automakers mentioned in the… Read more »