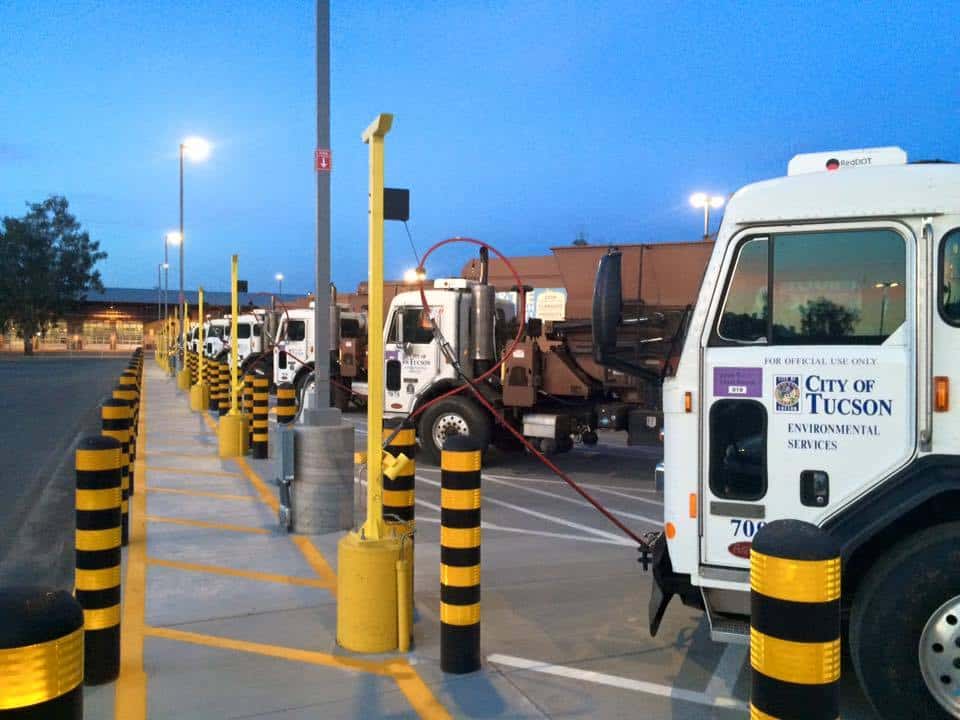 According to the city, this CNG fueling facility features one fast-fill station and one time-fill station. This facility allows 90 Environmental Services refuse trucks to fill up in overnight parking stalls while simultaneously allowing the fast-fill fuel of up to six additional vehicles.

The City of Tucson asserts that the time-fill stations have resulted in significant labor cost savings for its Environmental Services department. Furthermore, the overnight time-fill fueling system allows drivers to spend less time fueling the vehicles.

When fully converted, the city expects Environmental Services to save nearly 600,000 gallons of diesel per year and both customers and operators to experience quieter operation of vehicles.