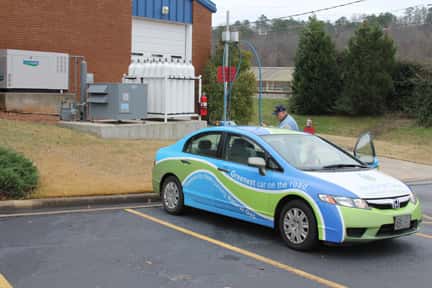 Officials in Trussville, Ala., this week approved funding that will support the city's continued shift toward natural gas vehicles (NGVs).

The total investment in these vehicles, which will run on compressed natural gas (CNG), will be between $200,000 and $210,000. The Tribune notes that the city's police department is finishing up CNG conversions on three Chevy Tahoes.

Trussville Utilities and McCullough Oil recently completed the installation of CNG infrastructure at a Chevron station in the city. The municipal fleet will refuel here, and the CNG pump will be available to the public in March.