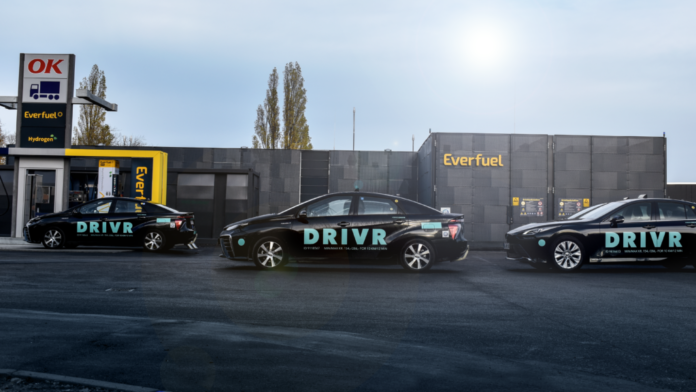 This latest deployment of taxis means the wider ZEFER project has achieved its full complement of 180 FCEVs in high-utilization, captive fleets across Europe with deployments in three capital cities (Paris, London and Copenhagen). The taxi deployment in Copenhagen will complement 60 taxis previously deployed to Hype by STEP in Paris, and 60 other passenger cars in London deployed between private-hire firm Green Tomato Cars (50) and the Metropolitan Police (10).

To date the 120 vehicles operated under the ZEFER project have driven over 7 million kilometers fueled only by hydrogen. This high mileage is achieved as the project deliberately targets the very long daily mileage applications which are most suitable to hydrogen vehicles. They have achieved this without major safety or reliability incidents and vehicle performance has been rated highly by drivers and fleet managers, with limited breakdowns or issues encountered relating directly to the hydrogen drivetrain.

“We are incredibly proud that DRIVR has been entrusted with the important task of helping the municipality of Copenhagen reach its environmental goals, and we’re very grateful for the cooperation with Toyota, which has enabled us to meet their needs with the new Toyota Mirai hydrogen cars,” says Haydar Shaiwandi, CEO of DRIVR.

The Danish government have targeted all taxis to be zero emission by 2030 and DRIVR won the public tender to deliver ad-hoc taxi services in the City of Copenhagen. The 100 new hydrogen taxis will complement DRIVR’s existing low emission fleet, already comprising hybrid, electric and hydrogen vehicles.

“While aiming to deploy its platform in 15 new cities by 2024, Hype believes that hydrogen is one of the most relevant solutions for intensive and random mobility and that the taxi market can play a key role in accelerating the adoption of hydrogen by professionals at scale,” adds Mathieu Gardies, president of Hype. “We are glad to see DRIVR ramping up the integration of hydrogen among its solutions. This demonstrates that, thanks to the support of programs such as ZEFER, an increasing number of players are taking the hydrogen path. Early adopters will definitely have an advantage and leverage their experience moving forward.”