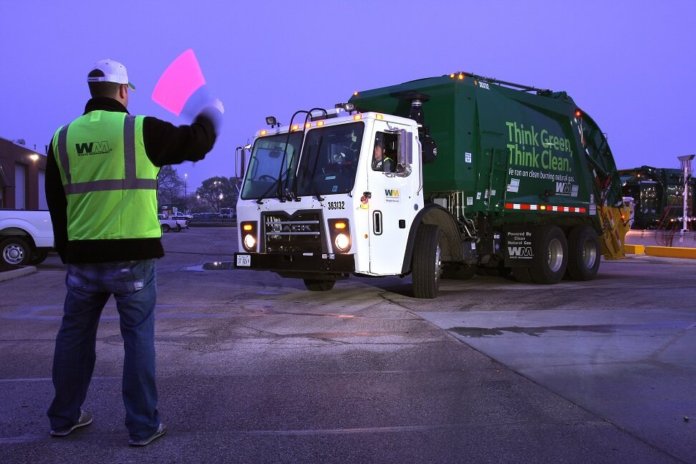 Longtime natural gas adopter Waste Management Inc. has released its 2018 sustainability report, which touts a 28% fleet emissions reduction from 2010 through 2017.

Waste Management, which is based out of Houston and has a fleet of more than 32,000 vehicles, has a target to cut fleet-associated emissions 45% by 2038 against a 2010 baseline. In 2007, the company first set a goal to reduce emissions 15%, which was achieved in 2011 – a feat Waste Management attributes to transitioning collection vehicles from diesel to natural gas.

Waste Management has a commitment to invest roughly $400 million annually in natural gas trucks. As of Dec. 13, 2017, according to the sustainability report, its natural gas fleet totaled more than 6,500 trucks, representing “the largest heavy-duty natural gas truck fleet of its kind in North America,” the company claims.

For every diesel truck Waste Management replaces with a natural gas-powered one, it cuts its use of diesel fuel by an average of 8,000 gallons per year, as well as reduces 14 metric tons of greenhouse-gas (GHG) emissions annually.

By the numbers, Waste Management has rolled out a profile of its natural gas vehicle (NGV) fleet through Dec. 13, 2017:

In 2017, Waste Management says its fleet consumed 6.67 million MMBtu of natural gas through its 6,536 NGVs. Of that total usage, the company is also managing roughly 2.01 million MMBtu/year, or 30%, of biogas that offsets its total fleet needs, including internal and external biogas sources. Further, 100% of the company’s NGV fleet in California, Oregon and Washington runs on RNG.

When receiving an award from the Coalition for Renewable Natural Gas earlier this month, Randy Beck, senior director at Waste Management, said, “Waste Management is proud and excited to be part of the continued growth of the renewable natural gas industry. For us, RNG is an optimal drop-in fuel solution for the trucks that service our customers every day, nationwide.”

In addition, regarding efficiency, Waste Management has invested in new routing technology to improve fleet efficiencies, leading to approximately 8.9 million fewer miles per year, or a 2% reduction.

Speaking on the sustainability report – which also focuses on the company’s recycling practices, staff training and energy conservation – Waste Management’s president and CEO, Jim Fish, states, “The world is changing more rapidly than ever. To sustain and succeed in the face of this change requires agility, adaptability and, above all, a resilient spirit. We see these qualities tested and proven countless times each day by our employees who manage the environmental needs of our customers. This year’s sustainability report is a testament to our continued commitment to our planet and our people.” 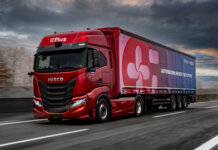