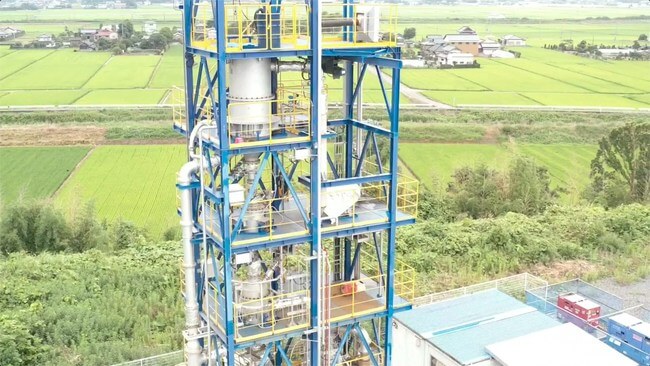 Ways2H Inc., a global producer of renewable hydrogen from the world’s worst waste streams, and Ford, Bacon & Davis, a company that specializes in energy facility engineering, procurement and construction, have partnered to form a joint collaboration to design and build waste-to-hydrogen facilities in California and other locations in the U.S., to produce renewable hydrogen fuel for customers in the mobility and power generation sectors, and offer alternative disposal options for waste processing and waste disposal companies.

The two companies plan to build the first U.S. modular waste-to-hydrogen production facility in California in the fourth quarter, with a pipeline of additional projects to follow in 2021. The facilities will utilize the patented process developed through Ways2H’s ongoing joint venture with long-time technical partner, Japan Blue Energy (JBEC). The approach converts the world’s worst waste, including medical waste, municipal solid waste, plastics, agricultural residue and/or wastewater sludge into renewable hydrogen, with a net zero-carbon footprint.

“We have a history of renewable energy projects and commercialization of new technologies, such as biomass to chemicals, solar power and carbon sequestration, and we see big opportunities for new renewable hydrogen technology,” he adds.

The first California waste-to-hydrogen production unit will be transportable, sized to fit in three 20-foot containers, processing 1 ton of waste per day and producing 40 to 50 kilograms of hydrogen per day.

The Ways2H process has a net zero-carbon footprint and a negative-carbon footprint when paired with carbon capture and storage. The process, which does not burn or incinerate waste, is a new solution for the global $400 billion+ solid waste management market and the rapidly growing hydrogen economy, estimated to reach $2.5 trillion by 2050.

Photo: Ways2H plans to build a waste-to-hydrogen facility in California using technology successfully demonstrated at a plant in Joso, Japan