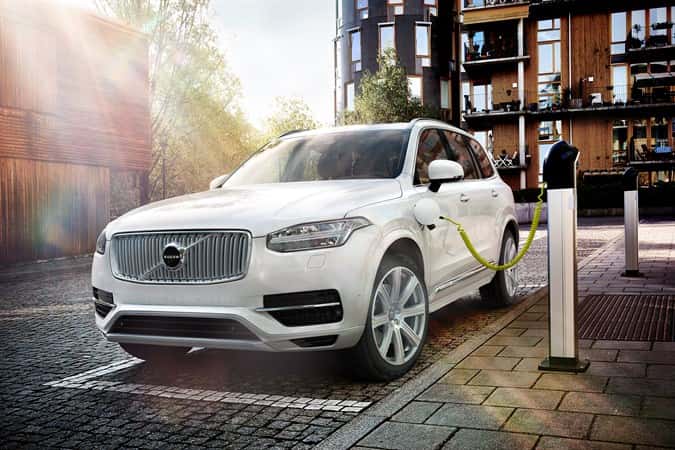 Volvo Cars has put out a call to action for the auto industry to strive toward the introduction of a standardized charging infrastructure for electric vehicles (EVs) and plug-in hybrids.

Volvo says it has decided to throw its weight behind the Charging Interface Initiative, a consortium of stakeholders that was founded to establish its Combined Charging System (CCS) as the standard for charging battery-powered vehicles.

The Swedish automaker says it will offer a plug-in hybrid variant on every new model as it replaces its entire product portfolio in the coming years. It will also introduce a full EV based on its modular SPA vehicle architecture by 2019.

“We see that a shift towards fully electric cars is already under way, as battery technology improves, costs fall and charging infrastructure is put in place,” says Dr. Peter Mertens, senior vice president of research and development for Volvo. “But, while we are ready from a technology perspective, the charging infrastructure is not quite there yet. To really make range anxiety a thing of the past, a globally standardized charging system is sorely needed.”

Besides the CCS Charger, there are three other kinds of commonly used EV chargers:

The CCS Combo charger is a variant of the J1772 design but has the ability to plug into both slow and fast chargers utilizing a single outlet, unlike the CHAdeMO design, which requires separate outlets for slow or fast charging.

The Charging Interface Initiative is currently in the process of drawing up requirements for the evolution of charging-related standards and certification for use by carmakers around the globe.