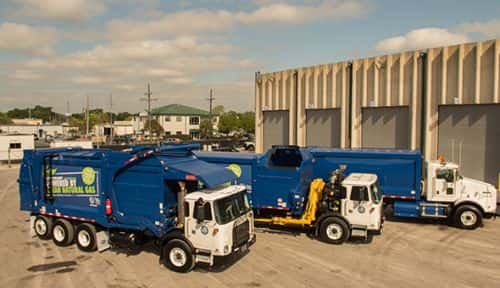 TruStar Energy, a developer of compressed natural gas (CNG) fueling infrastructure, has won a bid to construct a new TECO People Gas fueling station for the City of Orlando, Fla. The station will supply CNG to the city's fleet of refuse trucks and is expected to be online by October.

In 2014, the Florida Public Service Commission created a new rate that allows TECO Peoples Gas to design, construct, own and maintain CNG stations and dispense natural gas to fuel vehicles. Customers do not make any up-front investment, but instead pay for the service through monthly utility billing.

TruStar Energy, under contract from TECO Peoples Gas, will handle the construction of the station at the Orlando's fleet maintenance facility with a 43-truck time-fill fueling area.

“Through our Green Works initiative, Orlando has become one of the most sustainable cities in the country, and part of that achievement has come from having one of the greenest fleets,” comments Orlando Mayor Buddy Dyer. “I am proud to work with TECO and TruStar Energy to provide the infrastructure for our new solid waste vehicles that operate on cleaner fuel and further our efforts to create a cleaner, greener Orlando.”

Adam Comora, TruStar Energy's president and CEO, says the company is excited to partner with the city and utility.

“TECO Peoples Gas and the City of Orlando should be applauded for their efforts to transition the city's refuse fleet to CNG – a more sustainable replacement fuel with tremendous environmental and cost savings benefits compared to diesel,” says Comora.

Photo courtesy of the City of Orlando: Some of the city's new CNG refuse trucks.