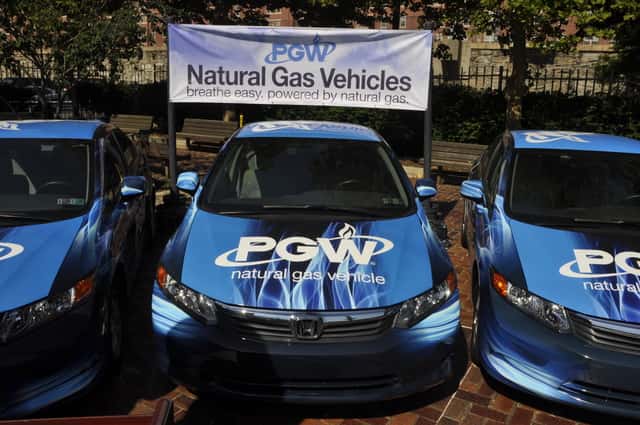 PGW acquired the Civics – 18 model-year 2014 NGVs and six model-year 2012 – from Pittsburgh-based Dean Honda. The company tells NGT News that they will all be used by PGW's sales team and as a part of its fleet pool. The Civics will be stored and maintained at PGW headquarters.

For now, the company will acquire fuel at public-access CNG stations in the area – mainly Clean Energy Fuels Corp. locations. More public stations are set to open locally this summer, and PGW itself will be installing a fueling station at its headquarters. That project is anticipated to be completed in September.

The 24 Civics – which were deployed with the assistance of funds from the state's
Alternative Fuels Incentive Grant program – are the first NGVs that PGW has owned in recent history, and are its first Hondas.

The company has additionally been awarded a grant to purchase 26 more NGVs, pending budgetary approval.