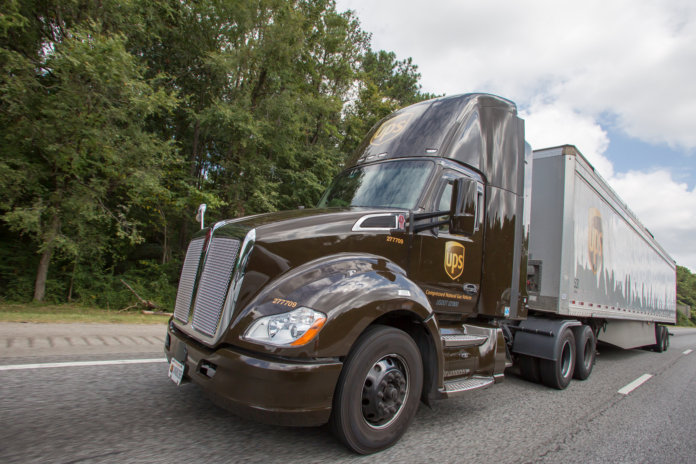 “With more than 4,400 natural gas vehicles and a network of fueling stations, UPS has had great results using natural gas as an alternative fuel in our fleet,” says Mark Wallace, UPS senior vice president of global engineering and sustainability.

“We know the importance of investing in natural gas globally for our fleet and the alternative fuel market,” he continues. “In 2016, we used more than 61 million gallons of natural gas in our ground fleet, which included 4.6 million gallons of renewable natural gas [RNG]. This helped us to avoid the use of conventional gas and diesel and decreased CO2 emissions by 100,000 metric tons.”

According to the delivery company, the six new CNG stations will be built in Ontario, Calif.; Orlando, Fla.; Salina, Kan.; Louisville, Ky.; Greensboro, N.C.; and Vancouver, British Columbia. Notably, RNG will be used at the station in Ontario to fuel UPS vehicles in the area with renewable CNG.

UPS has been making similar sustainability commitments over the past few years and intends to keep its momentum rolling.

As reported, the company has driven more than 1 billion miles since 2000 with its alternative fuel and advanced technology fleet. Through its Rolling Laboratory, UPS uses a research-based approach to determine the right alternative fuel solutions for the location, route and driving environments.

Overall, since 2009, UPS has invested more than $750 million in alternative fuel and advanced technology vehicles and fueling stations globally.