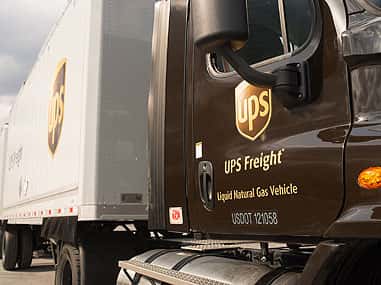 UPS Freight, a heavy freight carrier division of UPS, has added 64 liquefied natural gas (LNG) tractors to its fleet. The tractors, which are based in Harrisburg, Pa., join UPS' worldwide fleet of more than 2,500 natural gas vehicles.

‘Even though UPS has used LNG tractors in package operations for more than a decade, it's still a relatively new fuel for trucking,’ says Willie Rivero, UPS Freight fleet vice president. ‘By adding these tractors to the UPS Freight fleet, we are aligning ourselves with the enterprise's commitment to use natural gas as a reliable alternative to traditional fuel.’

The new tractors replace older-generation diesel trucks and will be used on designated routes in UPS Freight's less-than-truckload (LTL) operations. They are expected to reduce tailpipe emissions and average 600 miles to the tank. 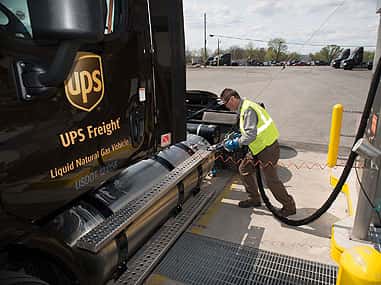 This latest LNG truck purchase comes shortly after UPS announced plans to buy and deploy 1,400 new CNG vehicles over the next year, as well as to build 15 CNG fueling stations.

UPS says its goal is to drive 1 billion miles in its alternative fuel and advanced technology vehicles by the end of 2017.