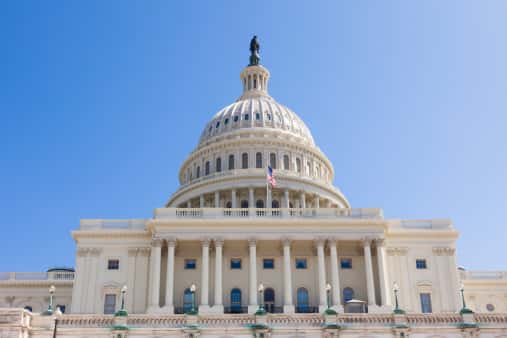 Congress has passed legislation that, among other things, will extend several expired tax credits of great importance for the U.S. alternative fuel vehicle industry.

On Thursday, the U.S. House of Representatives overwhelmingly approved a tax extenders package in a 318-109 vote. The tax legislation was then bundled with an omnibus spending bill that will continue funding the federal government, and the U.S. Senate easily passed the two bills in a 65-33 vote on Friday.

President Barack Obama has signed the legislation into law.

The tax bill, known as the Protecting Americans from Tax Hikes Act of 2015, will extend dozens of federal tax credits that expired at the end of 2014 and make some subsidies permanent. The package includes a two-year extension through Dec. 31, 2016, for various alternative fuel incentives.

However, the legislation also includes a provision that will start measuring the alternative fuel excise tax credit for LNG and autogas on an energy-equivalent basis, rather than on a volumetric one, in 2016. The provision, originally introduced in a bill sponsored by U.S. Rep. Mike Kelly, R-Pa., is in line with adjustments made after the so-called “LNG fix” passed earlier this year.

According to Rep. Kelly, this new provision will make the excise tax credit for LNG and autogas used or sold after 2015 approximately $0.29/gallon and approximately $0.36/gallon, respectively.

In addition, the package extends the alternative vehicle refueling property subsidy, which provides a tax credit covering up to 30% of the cost of infrastructure installation and is capped at $30,000. The bill also extends the $1,00 home refueling tax credit.

Matthew Godlewski, president of NGVAmerica, says the bill’s passage “means hundreds of millions in savings to NGVAmerica members and their customers for using clean-burning natural gas for their transportation needs.”

“Congress clearly recognizes the economic, environmental and energy security benefits of natural gas in powering fleets across the country,” says Godlewski in a press release.

“The tax credit will support the continued expansion of natural gas fueling in the U.S., which will help to clean our air and keep dollars here,” says Andrew J. Littlefair, president and CEO of Clean Energy, in a statement. “We applaud Congress for taking this action and encourage the implementation of permanent measures to encourage further use of this superior and cleaner fuel.”

“When Congress works together, consumers are the ultimate beneficiaries,” comments Rick Roldan, the NPGA’s president and CEO, in a statement. “The two-year extension of the alternative fuels tax credit and the refueling property credit will promote domestic fuels like propane, make it easier to get more clean vehicles on the road and save consumers money.”

Furthermore, the legislation will extend through 2016 several incentives beneficial to the biofuels industry, such as the second generation biofuel producer credit and the fuel excise tax credit for biodiesel mixtures.

When the tax extenders bill was introduced earlier this week, the Renewable Fuels Association said legislators “sent a strong signal that they are interested in ensuring and encouraging the continued growth and innovation of our nation’s biofuels industry.”