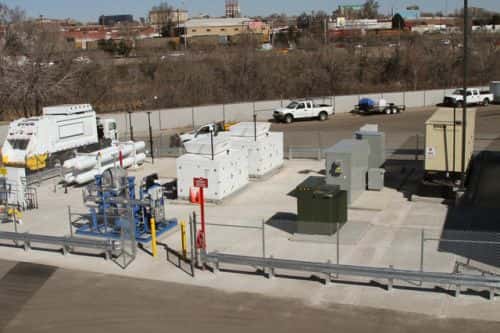 TruStar Energy has completed the City of Denver's first compressed natural gas (CNG) refueling station, which will initially be used to support the city's fleet of CNG-powered refuse trucks.

The biggest piece of the facility is a massive time-fill segment: the capacity to fuel up to 136 trucks at one time. Denver is planning a large shift to CNG within its municipal refuse fleet over the next several years, in addition to more natural gas vehicles being deployed among other city departments.

The station, which is a behind-the-fence private operation, also features fast-fill CNG capacity.

‘The new CNG station is an important milestone in achieving our sustainability goals and elevating Denver's reputation as a smart, livable city,’ said Denver Mayor Michael B. Hancock.