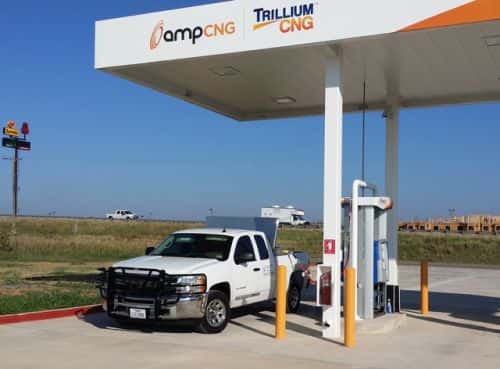 The CNG station, which is open 24/7, is the first in the City of Sweetwater. It is the fourth of seven public fueling stations to be opened as part of a previously announced agreement with Dairy Farmers of America and Select Milk Producers to convert a portion of their diesel fleets to CNG-powered trucks.

Directly en route for drivers heading west out of Dallas and Fort Worth and south from Lubbock on I-20, the station fills a major CNG fueling void in this area of the state, according to amp Trillium.

The joint venture is set to bring three additional stations to Texas (Brock, Kerrville and Midland) within the next six months. amp Trillium stations in Amarillo, Waco and Harrold opened earlier this year.