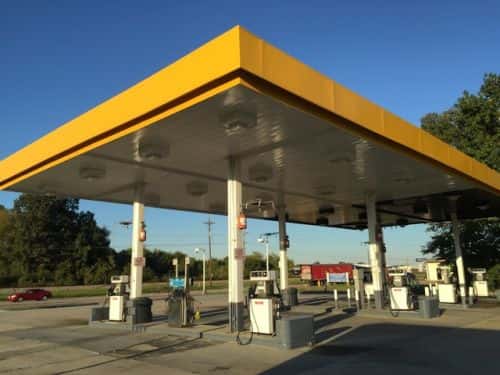 ‘By doubling the existing compression on-site, customers will immediately realize the cost-savings benefits of compressed natural gas, at a site they are used to,’ says Norman Herrera, CEO of Sparq.

The scope of work will include the removal of the existing compressors and associated infrastructure (which has been in place since 1996) and the installation of modern compressors, dispensers, hoses and on-site CNG storage. The station – which is located at 8968 S. Choctaw Dr. – will feature 200 hp of compression from ANGI, two Gilbarco Encore dispensers (one heavy-duty hose and three light-duty hoses), a dryer from PSB Industries, and CNG storage vessels manufactured by CP Industries.

Herrera notes that Valley Civil Design Group is handling the engineering, and NGV Fleet Partners will lead the station construction activities. Site work will begin this month, and the project is scheduled to be complete in the second quarter of 2015.

For its part, Lavigne Oil is focusing on a further build-out of CNG refueling facilities in the Gulf Coast region and has already identified locations for stations.