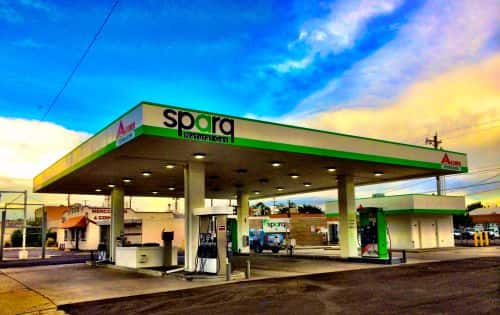 The partners say the co-located station is the first public CNG fueling facility in southern Colorado, Sparq's first station to open in the state, and the first CNG station to open that is funded by the Colorado Energy Office's (CEO) Alt Fuels Colorado grant program.

Carl Chavez, the Pueblo County fleet manager who got the ball rolling for CNG in Pueblo, filled up the county government's CNG Honda Civic in Tuesday's ceremony.

Open 24 hours a day and located at 620 W. Fourth St., the station will offer CNG at $1.99/GGE as an introductory price, with the long-term price expected to be $2.19/GGE. In addition, the automated station also sells gasoline and diesel. 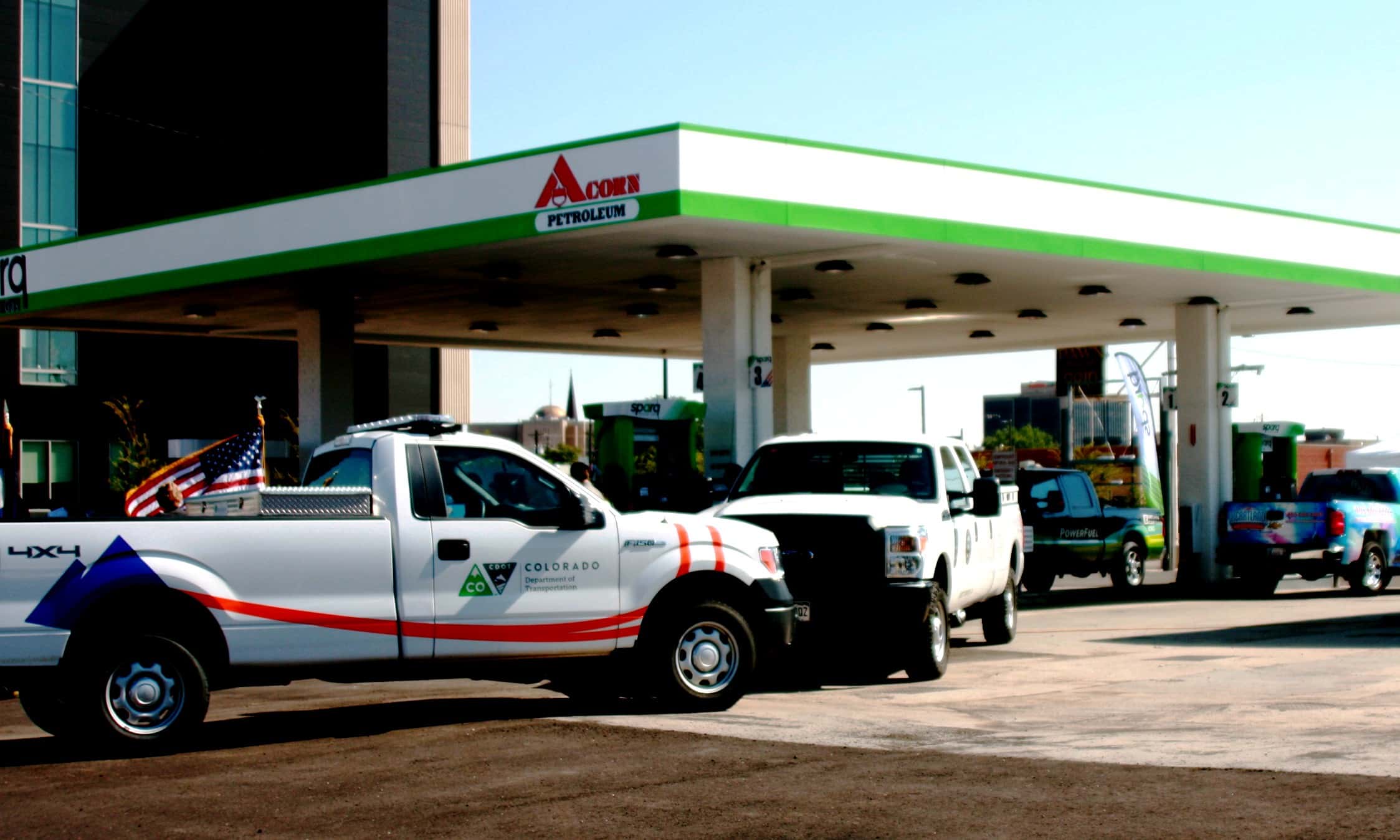 “Acorn Petroleum is pleased to expand our product line by offering CNG at this redeveloped station through our partnership with Sparq,” said Charles Ochs, president of Acorn. “The long-term price stability for CNG makes it a great fuel choice for fleets.”

The $1.2 million station, which includes dual compressors, a 37-foot pressurized storage tank and stainless steel underground piping, was funded in part by a $500,000 grant from the Alt Fuels Colorado program.

The CEO has awarded funding to 14 other CNG stations across Colorado and will again seek applications in early 2016. Sparq Natural Gas notes it will also be building grant-funded CNG stations in Eaton, Durango and Rifle, Colo., teaming up with established local fuel providers in each community such as Acorn.

“Switching to CNG gives fleets the ability to make long-term fuel-cost projections, because of its low cost and price stability. That means a lot when it comes to wise spending of taxpayer dollars,” said Pueblo County Commissioner Buffie McFadyen. “That is one of the reasons why the Pueblo Board of County Commissioners approved a resolution earlier this month to convert some of the county's fleet vehicles to natural gas.”

“Using CNG is also good for the local economy by expanding the market for Colorado-produced natural gas, and [it] builds energy security for our region by fueling fleets with domestic energy,” Nawrocki added.