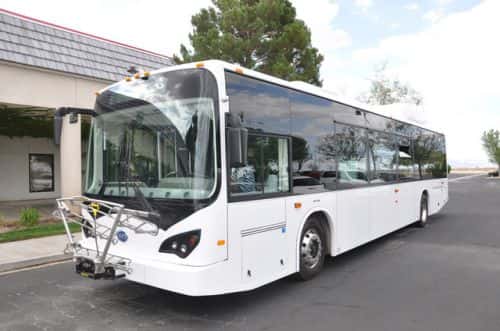 Antelope Valley Transit Authority (AVTA), a transportation agency serving Lancaster and Palmdale in Southern California, has acquired a pair of 40-foot, all-electric buses from BYD Co. Ltd. as a part of its clean bus initiative.

‘We see the value of modern, clean and efficient buses,’ says AVTA Chairman Norm Hickling. ‘The AVTA is a proponent of green technology, and we look forward to being a leader in zero-emission bus deployment.’

The buses were funded through a $1.9 million grant arranged by Los Angeles County Supervisor Michael Antonovich to support an electric bus demonstration project in the Antelope Valley. The grant came from Proposition A local return funds and will cover the cost of both buses and the associated charging systems at Lancaster City Park and the Palmdale Transportation System.

AVTA is planning to have BYD's electric buses in service by April 2014. The vehicles will then be subject to testing on local routes for a year to ascertain their performance in the high desert climate. If the technology proves successful in the region, additional electric buses could be purchased in the future to replace aging diesel buses.