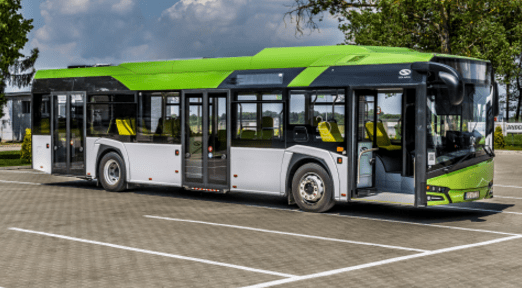 Through this agreement with Solaris, which has delivered more than 14,000 vehicles across 30 countries, BAE Systems is expanding its global research in the market for electric drive propulsion systems.

“Our electric drive system will now be offered via seven bus manufacturers worldwide, including four in North America and, with this addition, three in Europe,” said Steve Trichka, vice president and general manager of power and propulsion solutions at BAE Systems.

BAE Systems’ Accessory Power System provides all of the electric power a bus will need during the stop to keep its accessories running, such as the power steering, air compression, air conditioning and even heat in colder temperatures.

A bus spends nearly 40% of its operation time picking up passengers, and with BAE Systems’ stop/start feature, the bus engine can be turned off during stops, saving both fuel and emissions. Each year, city buses powered by the company’s electric drive systems carry more than 1 billion passengers, saving 13 million gallons of fuel and preventing the release of more than 150,000 tons of CO2.

BAE Systems says it intends to grow its business along with Solaris and provide clean-air solutions that benefit both the economy and the surrounding communities.