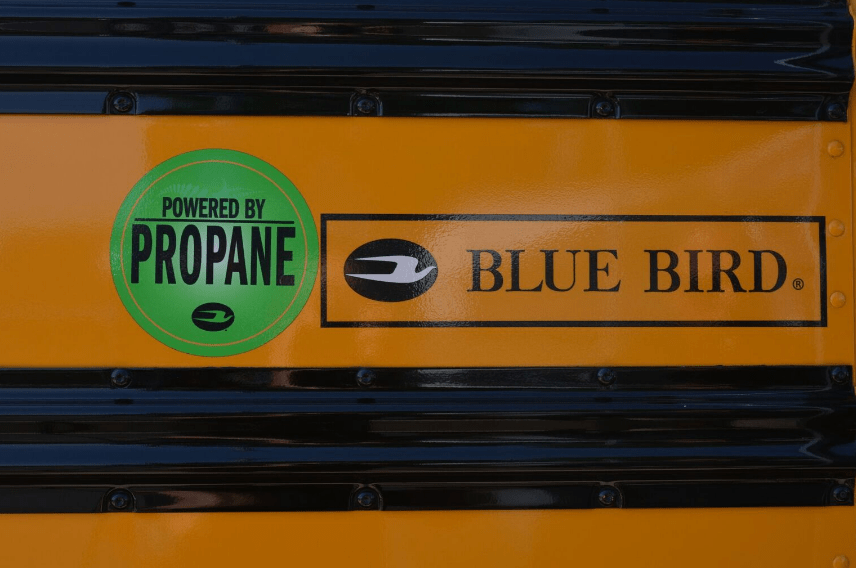 The Regina Catholic School Division (RCSD), in partnership with LP3 Transportation Solutions, has switched out its entire school bus fleet for Blue Bird propane-powered school buses, allowing the school district to save money in maintenance and fuel costs and to reduce its carbon footprint.

According to a joint release from Blue Bird, RCSD and system provider ROUSH, this move nearly quadruples the number of propane-fueled buses in Saskatchewan.

“Regina Catholic School Division was the top priority when we started to look at school divisions that we wanted to work with because of our shared mission and values,” says David White, vice president of operations for LP3 Transportation Solutions. “Our event today, called ‘Meaningful Difference with Alternative Fuels,’ exemplifies that partnership.”

According to the release, the new Blue Bird buses were chosen for their ability to start in cold weather, retain heat in the cabin more effectively and operate more quietly, in addition to their environmental benefits. Further, buses fueled by propane reduce engine noise levels by 11 decibels, or about 50%, compared with diesel-fueled buses.

According to the Canadian Propane Association, propane costs about 37% less than gasoline per gallon, and the propane infrastructure cost is significantly less than natural gas. The RCSD fuels its propane buses at an on-site station and has plans to set up additional propane fuel stations in remote locations in the near future.