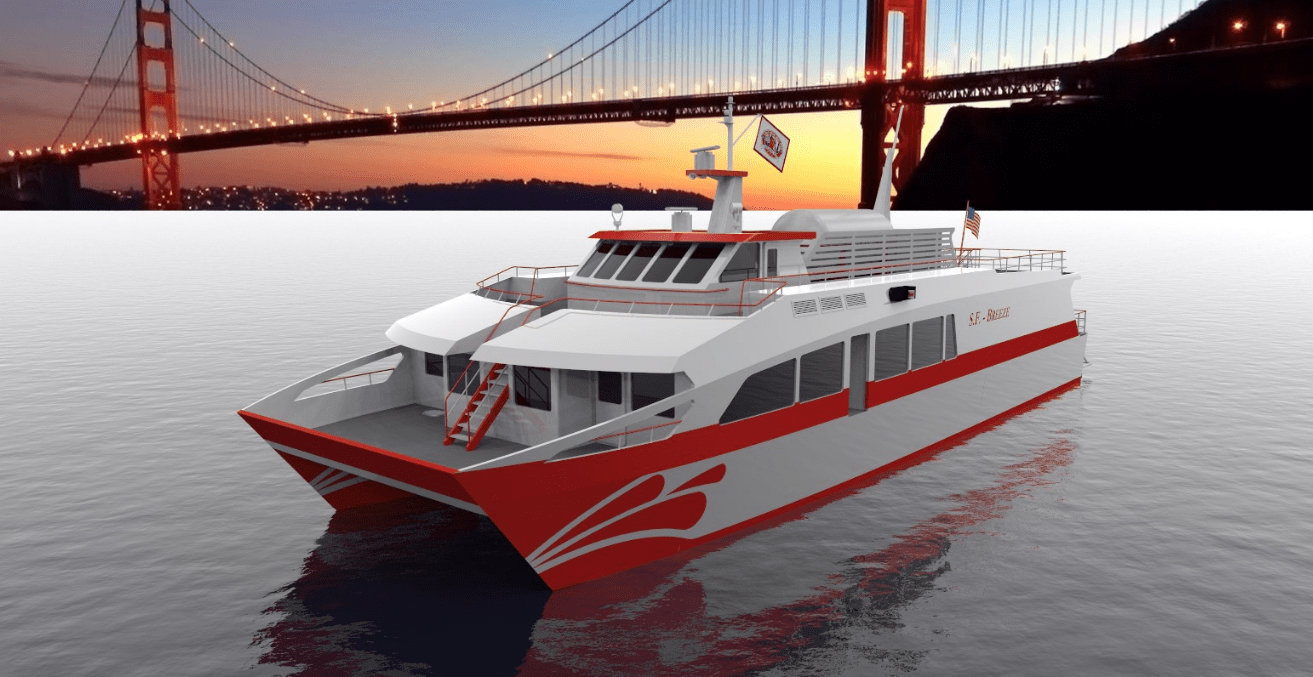 Sandia National Laboratories recently released a study, “Feasibility of the SF-BREEZE: a Zero Emission, Hydrogen Fuel Cell High Speed Passenger Ferry,” stating that it would be possible, and environmentally beneficial, to deploy a hydrogen-powered passenger ferry in San Francisco Bay.

“The study found that it is technically possible to build a high-speed, zero-emission, hydrogen-powered ferry. We also believe this can be done with full regulatory acceptance,” said Sandia National Laboratories researcher Joe Pratt.

“In the course of the study, we examined over 10 major issues where feasibility was initially unknown. SF-BREEZE sailed through them all,” added Lennie Klebanoff, another Sandia researcher.

Tom Escher, president of San Francisco’s Red and White Fleet, first conceived the project when he asked if it was possible to do away with emissions altogether on one of his ferries.

“This is a game-changer. We can eliminate environmental pollution from ships,” he said. “This could have a major impact on every shipyard in the country.”

Funded by the Department of Transportation’s Maritime Administration and led by Sandia, the feasibility study brought together the American Bureau of Shipping (ABS), the U.S. Coast Guard, naval architect Elliott Bay Design Group, the Port of San Francisco and dozens of other contributors.

The laboratory notes that hydrogen-powered ferries do exist, but most are smaller, slower vessels used for tours on lakes and rivers. The SF-BREEZE study set out to discover whether it is technically feasible to build a large, fast vessel that could meet maritime regulations and could be economically competitive with modes of transportation already available in the San Francisco Bay area.

The group drew up conceptual specifications: a 150-passenger commuter ferry that would travel four 50-mile, round-trip routes each day at a top speed of roughly 39 miles per hour about 60% of the time. The ferry could refuel midday, between the morning and afternoon commutes.

“This kind of boat has never been built before,” said mechanical engineer Curt Leffers, the project manager for Elliott Bay Design Group. “Hydrogen fuel cells are heavier than diesel engines for a given power output, so achieving the right power-to-weight ratio for the vessel was tricky.”

The company notes that the hydrogen ferry would cost about twice as much as a comparable diesel ferry with today’s prices, mostly due to the fuel cell system, but it is encouraged by vehicle manufacturers’ success bringing fuel cell electric vehicles (FCEVs) to market. Many experts expect mass adoption of FCEVs to bring down prices of hydrogen fuel cells.

ABS issued a conditional Approval in Principal to verify that the conceptual design would be compliant with applicable regulations and rules and to identify any potential gaps in compliance. Combining their assessment with feedback from the U.S. Coast Guard, Sandia found no regulatory show-stoppers and concluded that the vessel will be acceptable from a regulatory perspective once a more detailed “ready-to-build” design is generated.