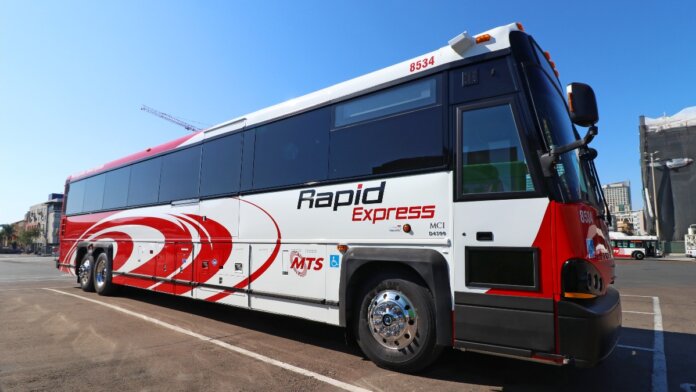 “San Diego MTS was an early adopter of natural gas in the 1990s and has continued to seek cleaner and more economical fueling options,” says Chad Lindholm, Clean Energy’s senior vice president. “As a result of the use of RNG the people who live in the San Diego area will have less exposure to greenhouse gas emissions and cleaner air.”

“RNG is a great example of how we can use innovation and technology to create a cleaner and more sustainable environment,” states Sharon Cooney, MTS’ CEO. “The use of RNG is an important strategy for MTS while we work toward achieving our goal of zero emissions. This contract with Clean Energy will play key role as MTS continues transitioning to a more eco-friendly transit system.”

MTS serves the San Diego metropolitan area with a fleet of 764 buses, of which 595 run on RNG, that fuel at four private transit stations. The contract was awarded through competitive solicitation. By operating on RNG instead of diesel, it is anticipated that the fleet will reduce 73,972 metric tons of carbon dioxide.