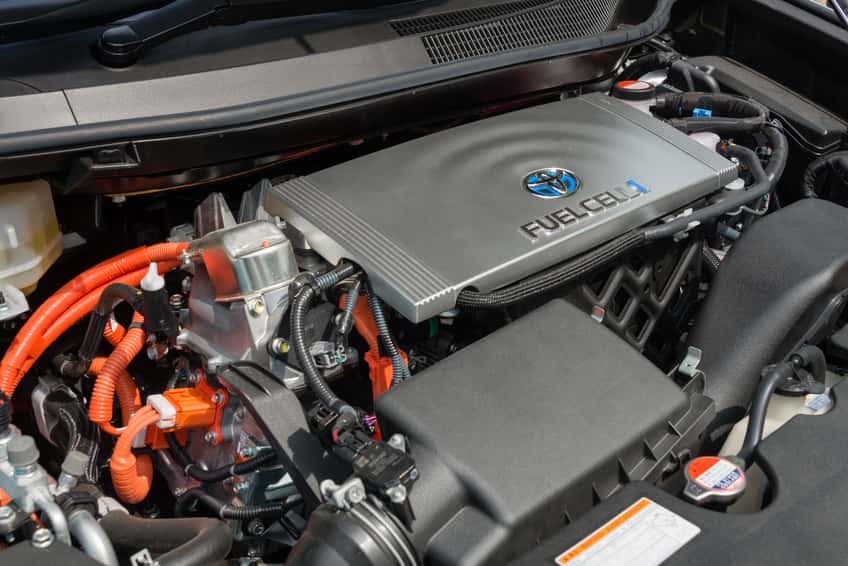 Approximately 2,500 hydrogen fuel cell vehicles were sold or leased globally in 2016, representing a more than three-fold increase compared to 2015, according to a new report published by Information Trends.

The report, “Global Market for Hydrogen Fuel Cell Vehicles, 2017,” says that the state of California grew the fastest in terms of sales and leases, but it remained behind Japan in terms of volume.

According to the report, Toyota’s Mirai dominated the market, selling or leasing more than 2,000 fuel cell vehicles worldwide, and Hyundai’s Tucson Fuel Cell was a distant second. 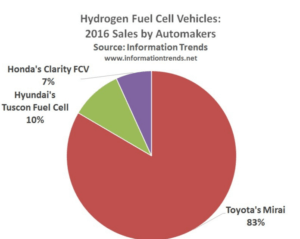 The report says that the upcoming Mercedes-Benz GLC F-Cell, equipped with a plug-in propulsion battery, represents a milestone in the evolution of fuel cell vehicles.

The GLC F-Cell, to be rolled out in the second half of 2017, ushers in an era in which vehicles will be equipped with both fuel cells and plug-in propulsion batteries.

A companion report, Global Market for Hydrogen Fueling Stations, notes there is also an increase in hydrogen station deployments in several regions of the world.