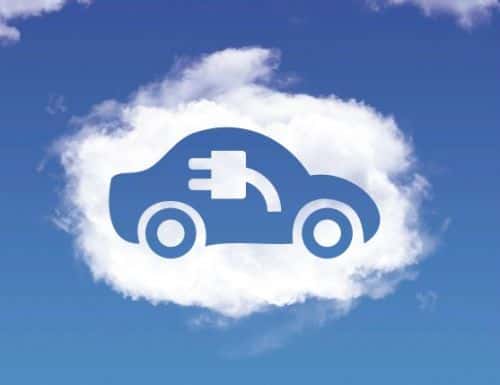 The Electric Power Research Institute (EPRI) and the Natural Resources Defense Council (NRDC) have released an analysis that finds widespread adoption of electric transportation, including electrification in the off-road sector, could lead to substantial reductions in greenhouse-gas (GHG) emissions and improve air quality.

The report, ‘Environmental Assessment of a Full Electric Transportation Portfolio,’ projects GHG emissions through 2050 and air quality impacts in 2030. It finds that GHG emissions from light-duty vehicles could drop as much as 64% below today's levels. The report says widespread use of electric vehicles (EVs) – including lawn and garden equipment and heavy industrial equipment such as forklifts – could improve air quality, particularly in densely populated urban areas.

Supported by a number of electric utilities, the report builds on an earlier EPRI-NRDC study released in 2007. The modeling system accounts for the evolution in grid and vehicle technologies, the impact of public policies and the growth in electricity demand.

The new report says the use of EVs would achieve greater reductions in GHG emissions, corresponding to the rate that the electric grid becomes cleaner, through greater reliance on renewables and low- and non-emitting generation, the report adds.

‘This research points to the importance of two fundamental and parallel trends in energy and the environment,’ says Mike Howard, EPRI president and CEO. ‘First is the continuing decarbonization of the electricity sector, and second is the electrification of energy use in transportation and industry. We expect to see continued interest and work in measuring and understanding these trends more fully in the years and decades ahead.’

The study analyzes two potential scenarios of the future electric sector, the ‘Base GHG’ and ‘Lower GHG’ scenarios. Both project grid emissions decreasing over time, in part because of existing and potential regulations and plausible economic conditions. The report says that the Lower GHG scenario, further reductions in carbon emissions result from adoption of policies that apply an increasing price on carbon emissions, resulting in faster deployment of low-emission generation technologies.

– In the Base GHG scenario, the study estimates that, by 2050, the electricity sector could reduce annual GHG emissions by 1030 million metric tons relative to 2015 levels, a 45% reduction.

– In the Lower GHG scenario, the study estimates that, by 2050, the electricity sector could reduce annual GHG emissions by 1700 million metric tons relative to 2015 levels, a 77% reduction.

The analysis modeled electric sector and transportation sector emissions with and without widespread vehicle electrification to determine the effect of electrification of light-duty vehicles, medium-duty vehicles and certain non-road equipment. According to the report, the results indicate that electrification could displace emissions from conventional petroleum-fueled vehicles for each scenario as follows:

– In the Base GHG scenario, emissions were reduced by 430 million metric tons annually in 2050 – equivalent to removing 80 million passenger cars from the road.

– In the Lower GHG scenario, emissions were reduced by 550 million metric tons annually in 2050 – equivalent to removing 100 million passenger cars.

When combining reductions from vehicle electrification, a cleaner electric sector, and existing programs that improve conventional vehicle efficiency, the modeled electricity and transportation sectors together achieve a 48% reduction in GHG emissions between 2015 and 2050 in the Base GHG scenario and a 70% reduction in the Lower GHG scenario. In the Lower GHG scenario, in 2050, total emissions for the electricity and transportation sectors could be reduced by 2610 million metric tons relative to 2015 levels, the report says.

While EVs are cleaner than petroleum-fueled vehicles today, the report says the GHG reductions can be maximized by charging vehicles from a cleaner grid. With a 62% share of light- and medium-duty vehicles in 2050, EVs would consume 13% of grid-supplied electricity.

‘The potential reductions here are significant,’ says David Hawkins, director of climate programs at NRDC. ‘Widespread transportation electrification should be a key part of the U.S. strategy to combat climate change and ensure a clean energy future.’

Ted Craver, chairman, president and CEO of Edison International, comments, ‘This underscores the important role utilities can play nationally in accelerating the market through efforts such as investing in infrastructure to support public and workplace charging stations and incorporating EVs into our own fleets.’