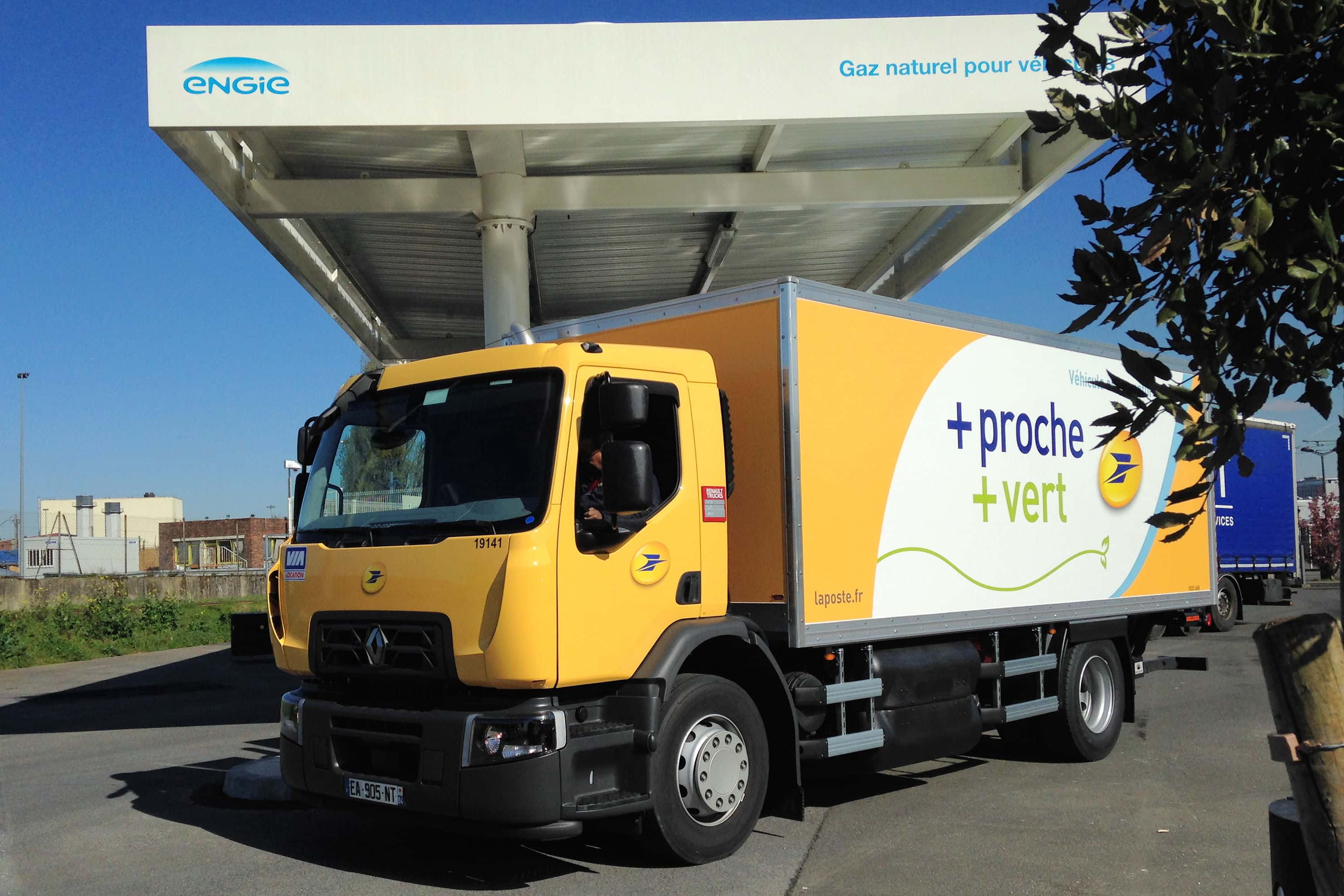 Renault Trucks has handed over the keys of a D WIDE CNG vehicle to the French postal service company La Poste. Renault says this represents La Poste’s first compressed natural gas (CNG)-powered truck, and it is currently being used for carrying mail and parcels in Paris and the near suburbs.

For more than 10 years, La Poste has been implementing a comprehensive sustainable development policy and currently operates one of the world’s largest fleets of electric vehicles totaling over 30,000 trucks, cars, quads, three-wheelers and electrically assisted cycles.

Also committed to an ambitious research and development policy aimed at deploying the vehicles of the future, La Poste is testing cars and cycles running on hydrogen. The company is also collaborating with Renault Trucks in testing an experimental Renault Maxity Electric vehicle fitted with an operating range extender running on a fuel cell.