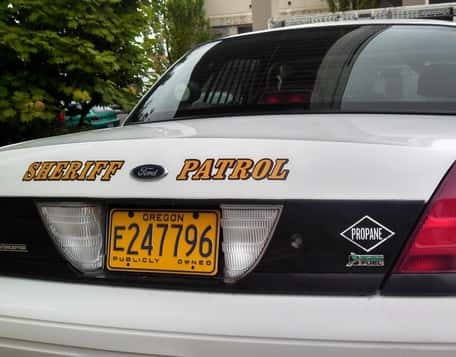 The sheriff's office in Polk County, Ore., has notched 18 months of operation with its propane autogas fleet, and the vehicles have thus far yielded ‘significant fuel savings and reduced emissions.’

The agency worked with Blue Star Gas last year to convert 10 patrol vehicles to run on propane, as well as to install private autogas refueling equipment (anchored by a 1,000-gallon propane tank). The department estimates that it has saved approximately $25,000 in fleet fuel costs since March 2013, as well as reaped the benefits of $8,000 in federal tax credits.

‘Our biggest expense besides personnel is fuel,’ says Polk County Detective Sgt. Mark Garton, who manages the department's fleet. ‘So, if we save $1.50 to $2.00 per gallon and we run 25,000 miles or more a year per car, that's a lot of money.’

‘The propane station was set up at the same location where deputies refuel gasoline vehicles, so the only real change was the addition of a propane refueling tank to their normal routine,’ says Darren Engle, director of government relations for Blue Star Gas.

According to Garton, deputies reported no change in vehicle performance after the switch to propane autogas.