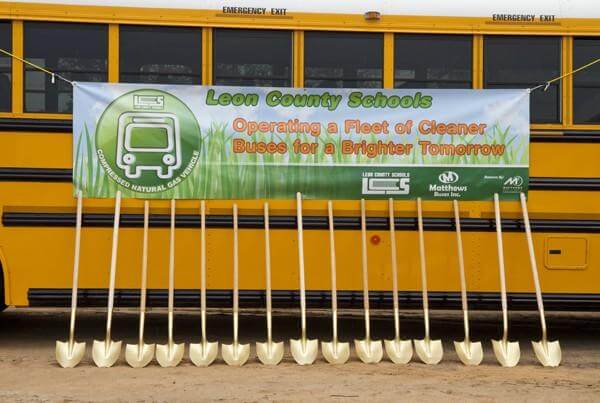 Nopetro, a Florida-based compressed natural gas (CNG) fueling infrastructure provider, and a school district in Tallahassee, Fla., recently celebrated the five-year mark of a public-private partnership that has yielded major savings for the school system.

Leon County Schools converted nearly half of its bus fleet to CNG, and Nopetro serves as the district fleet’s exclusive fuel provider from its CNG station in Tallahassee, which Nopetro says now also serves a growing number of city, county, university, and private fleet vehicles.

Over the course of the five-year partnership, the school district has spurred environmental benefits by using cleaner fuel and saved more than $1.1 million, funds that the district can use to enhance educational programs for local students, according to Nopetro.

The company says its partnership with Leon County Schools was among the first of its kind in Florida when it launched in 2012 and has proven beneficial for the school district and other local governments.

The Tallahassee fueling station was the first of a statewide network established by Nopetro, which now partners with school districts and other governmental entities to provide CNG for fleets in Central and Northeast Florida, including the Lynx transit system in the Orlando area. Nopetro says it is working to expand its reach throughout Florida and into other states, providing energy alternatives across the transportation sector.

In celebrating the five-year milestone, Nopetro also launched CNG educational materials for students, including an animated video and infographic.

Photo courtesy of Nopetro: The company and Leon County Schools broke ground on the CNG station in 2012. 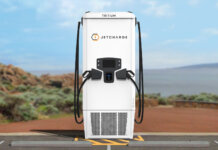