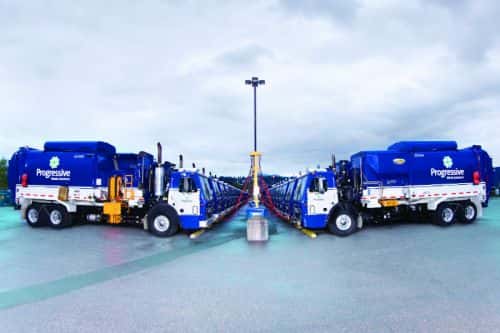 All told, the company now has more than 400 CNG-powered heavy-duty trucks in its North American fleet, with plans calling for about 550 NGVs to be in service by the end of 2015.

Also, Progressive has built company-owned CNG refueling infrastructure at a number of its facilities.