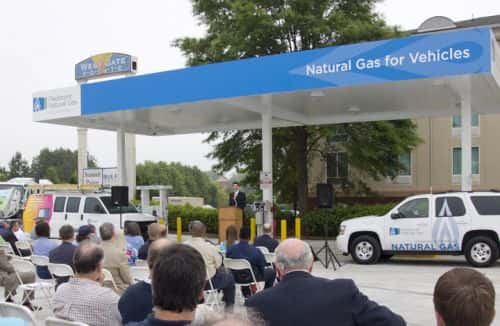 This public-access facility is Piedmont's ninth CNG station within its service territory, which includes North Carolina, South Carolina and Tennessee. Existing locations are in Charlotte, Fayetteville, Goldsboro, Greensboro, High Point and Winston-Salem in North Carolina; Greenville in South Carolina; and in Nashville.

The new facility is located at Piedmont's Spartanburg Resource Center at 501 West Blackstock Rd. Fleets such as AT&T will be refueling at the station, and Piedmont itself has a complement of natural gas vehicles. The company's goal is to have about 300 NGVs in its corporate fleet by the end of 2014, representing a third of all vehicles.

The retail price of CNG at the station this week is $1.95/GGE.