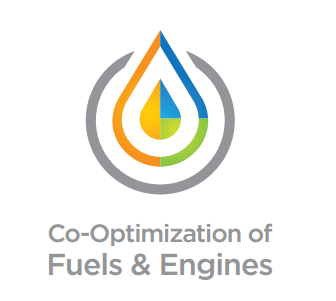 In a university release, Penn State Assistant Professor of Mechanical Engineering Yuan Xuan and researchers at Yale University say they will work together to identify clean-burning biofuels for next-generation internal combustion engines, thanks to a $1.2 million award from the U.S. Department of Energy’s (DOE) Co-Optimization of Fuels and Engines Initiative (Co-Optima).

According to the DOE, the project is part of Co-Optima’s research in powertrain technology in partnership with universities, industry stakeholders and national laboratories. The Co-Optima initiative has two goals: to bring new engines and fuels to market within a decade and to demonstrate new combustion technologies by 2030, with the potential for a 30% reduction in petroleum consumption and a 14% reduction in greenhouse-gas emissions nationwide.

“While we expect an increasing number of electric cars in the future, internal combustion engines will continue to dominate the vehicle fleet for the next several decades — as either prime movers or range extenders. Our research is part of a broad effort to make them more efficient and less polluting,” says Xuan. “We are working on just one aspect, sooting behavior of biofuels, of this big problem.”

As reported, soot is one component of vehicle tailpipe emissions that contributes to smog, poor air quality, respiratory diseases, and other environmental and health impacts.

Yale will conduct laboratory research to measure the tendencies of various biofuels — alcohols, esters, ethers, anisoles and others— to release soot when burned, and Xuan will use computation to model emission indexes of the biofuels, enabling the selection of fuels that minimize soot emissions.

“There is a huge pool of possible biofuels which can be used for these planned engines. Screening the biofuels is our part,” Xuan says. “I can input thousands of chemical species and their known characteristics into the computer and predict how they would behave. We will determine sooting tendencies for a large number of promising biomass-derived fuels through experiments and computations, then use the results to identify the fuel properties that maximize engine performance while producing low emissions.”