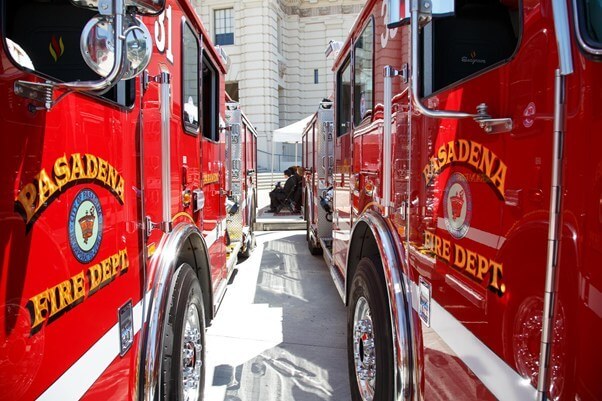 The Pasadena Fire Department in California has switched most of its fleet from petroleum diesel to Neste MY Renewable Diesel.

The department currently operates one truck, four engines and four rescue ambulances on renewable diesel and plans to transition all remaining apparatus by 2019.

Neste MY Renewable Diesel is a low-carbon fuel produced from 100% renewable and sustainable raw materials. It cuts greenhouse-gas emissions by up to 80% and significantly reduces engine-out emissions, all while enhancing fleet performance, the company says. Unlike biodiesel, Neste MY Renewable Diesel is a drop-in fuel that requires no blending, and it is compatible with all diesel engines.

Pasadena Fire Chief Bertral Washington says the switch to renewable diesel has contributed to the city’s goal of reducing its carbon footprint.

“We have received very positive feedback from personnel assigned to the apparatus,” Washington notes. “Firefighters and engineers have reported a reduction in vapors they are exposed to while fueling the trucks. It has been a huge step forward for the health and safety of our firefighters and community.”

Fire Station 32 Captain David Marquez adds that firefighters tasked with connecting their vehicle exhaust removal systems are reporting that the smell of exhaust has been reduced to near-zero levels.

“Our fleet mechanic also has nothing but good things to report about the fuel,” Marquez says. “We will continue to assemble this kind of feedback with the hopes that it will assist in making this fuel available in all our city pumps.”

IPC (USA) Inc., headquartered in Santa Ana, Calif., is the exclusive distributor of Neste MY Renewable Diesel to the Pasadena Fire Department.

“We are so proud to be supporting Pasadena Fire Department’s first responders with this clean, safe and odorless fuel that reduces fumes and is less harmful to the environment – and especially to those risking their lives for their communities each day,” says Jeremy Baines, vice president of sales at Neste US Inc.