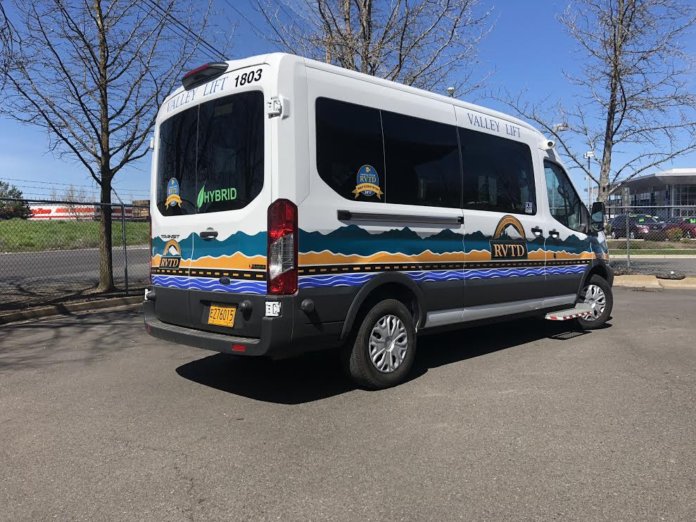 Using regenerative braking and electric assist during driving, the XLH electrification technology increases fuel economy without requiring additional charging stations or investment, says XL. The Ford Transit passenger vans are already seeing a more than 25% increase in miles per gallon over RVTD’s conventional vans. In addition, RVTD expects to decrease CO2 emissions by 20%, according to XL.

RVTD, which provides transportation to residents in seven communities along a fixed-route system and paratransit service in a 300-mile area, selected XL’s fleet electrification technology to help reduce its carbon footprint.

“Our agency pioneered compressed natural gas and other renewable initiatives as early as two decades ago, and we continue to take advantage of new technologies that can reduce our carbon footprint and reliably serve our riders,” says Tim D’Alessandro, operations manager of RVTD. “Adopting fleet electrification technology with XL was relatively inexpensive with a significant return on investment, and this long-standing approach keeps us ahead as new legislation and initiatives emphasize less reliance on traditional fossil fuels.”

“Rogue Valley and similar transit agencies are leading the way to create greener fleets today through new vehicle technology such as XL’s, which can be ordered through their bus dealers,” adds Clay Siegert, co-founder and chief operating officer of XL. “The XLH system, which has over 65 million miles of proven performance with hundreds of fleets, is a perfect fit for Rogue Valley, reducing maintenance and emissions while leaving the Ford vehicle warranty intact.”