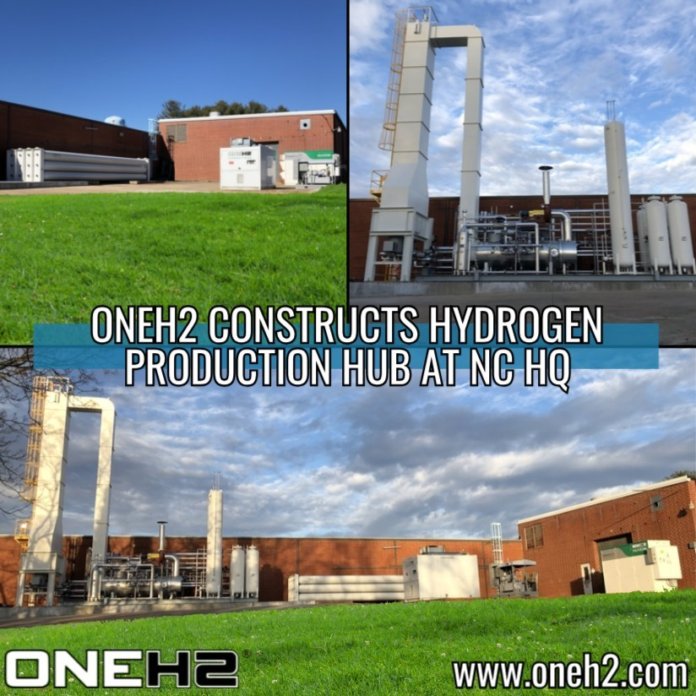 OneH2, a hydrogen fueling company based out of North Carolina, has completed the first phase of a new hydrogen fuel plant at its headquarters in Longview.

Primarily servicing hydrogen-powered forklift fleets, stage one of the project will provide zero-emission fuel to about 1,000 industrial trucks throughout the Carolinas, Tennessee and Georgia. OneH2 expects that with completion of stages two and three, the facility will also service the hydrogen-powered semi-tractor market, particularly for trucks conducting linehaul runs between Charlotte, Atlanta and Nashville.

OneH2’s total investment in the Longview hub, when complete, will approach $16 million in hydrogen production capital.

OneH2 explains that its business is based on a method through which central production hubs produce ready-to-use hydrogen fuel, which is then transported by trailer to refueling locations at industrial centers such as factories, port precincts and warehouses.

“It has the refuel-and-go convenience of gasoline or diesel with the efficiency and environmental benefits of an electric vehicle,” explains Paul Dawson, president and CEO of OneH2. “With line of sight on price parity with conventional motor fuel, we believe that it won’t be long before the heavy truck market tips in favor of hydrogen.”