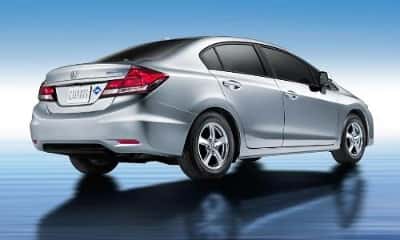 Honda of Bartlesville, a large dealership based in northeastern Oklahoma, has begun offering the 2014 Honda Civic Natural Gas – the only dedicated compressed natural gas (CNG) passenger vehicle offered by an OEM in the U.S.

The dealership is among the first in the country to carry the new-model Civic CNG. Honda announced the natural gas vehicle's availability back in February, noting that it would hit showroom floors with an MSRP starting at $26,640.

The 2014 Honda Civic Natural Gas, which is assembled in Greensburg, Ind., is set to be available at Honda dealers in 37 states.