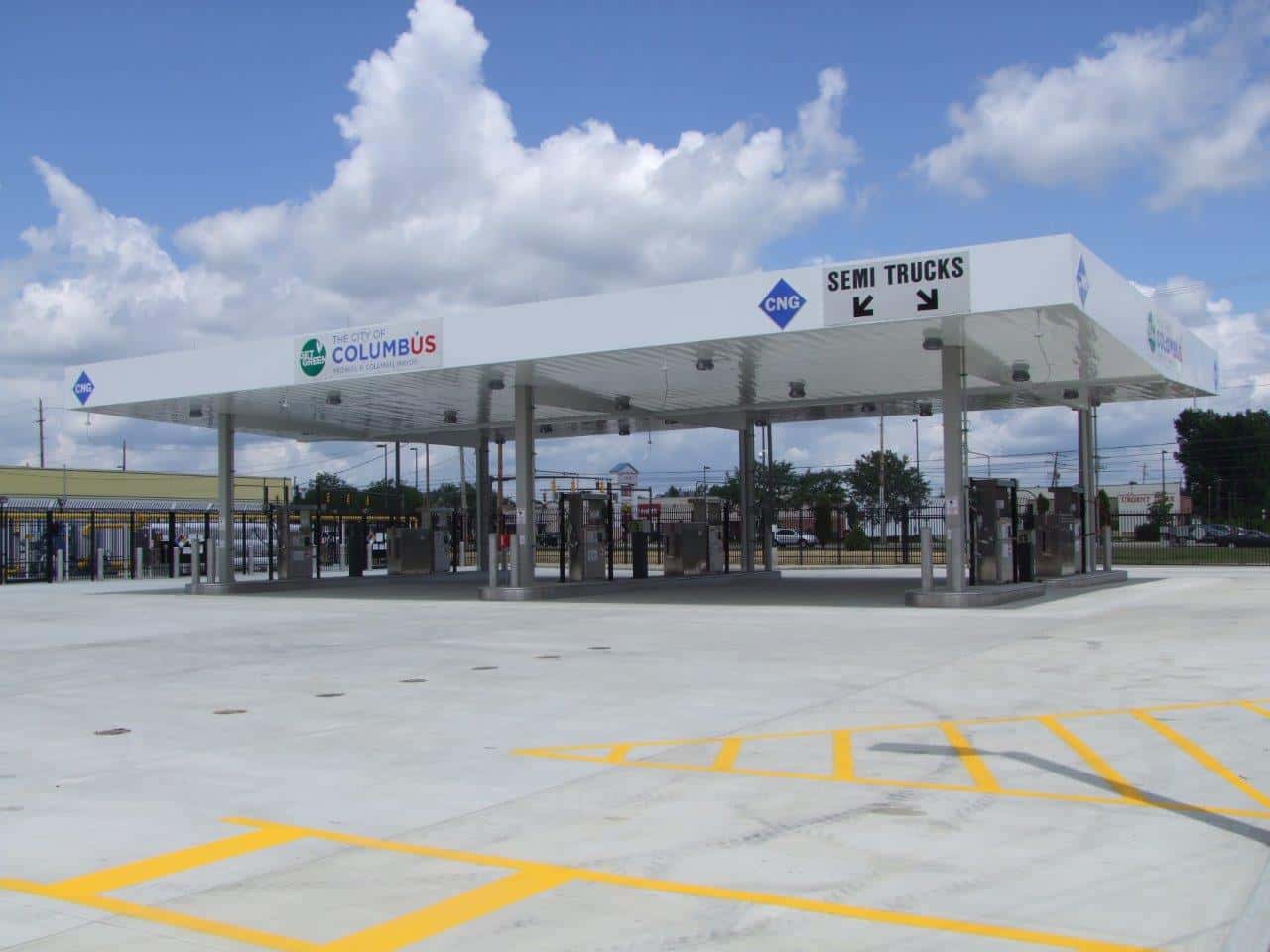 The city of Columbus, Ohio, has completed its second municipally owned compressed natural gas (CNG) refueling station, located at 2333 Morse Rd.: a facility that Columbus officials say is the largest public-access CNG station in the state.

Columbus' first CNG facility, on Morse Rd., came online in April 2012. To date, that station has pumped more than 500,000 GGE of CNG – about 40% of which has been used in non-municipal natural gas vehicles.

The new station on Morse Rd. will primarily serve the Columbus refuse fleet that is operating in the northern part of the metro, but it will also provide CNG to other city departments and the general public, according to Mayor Michael B. Coleman.

Three 250 hp compressors are on site, along with a single tower dryer with a manual on-skid regeneration package, 140,000 SCF of CNG storage, and three high-flow single-hose dispensers. All told, the station offers a fill rate of approximately 6-7 GGE per minute, allowing a CNG-powered refuse truck to refuel in five to seven minutes, on average.

The city of Columbus alone plans on having 440 natural gas vehicles in its fleet by 2020, which will represent a fuel-cost savings of approximately $1.9 million per year. A third CNG station is being targeted for the west side of Columbus, and fourth station – located downtown – is in the works.

City officials note that CNG is priced at $1.90/GGE at the Morse Rd. station.